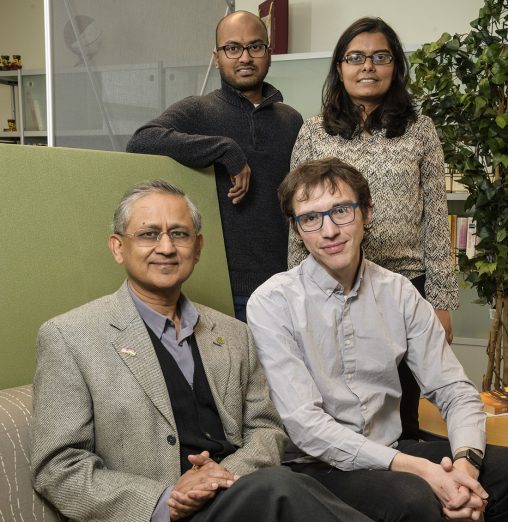 The Bloods and the Crips. The Black Dragons and Asian Boyz. These and other street gangs can be very dangerous to each other, but their geographic separation helps reduce the potential for shootings, stabbings and beatings.

However, Twitter and other social media have put gangs in the same virtual world, providing a stage for them to threaten, harass, goad and mock rival gangs, which can then escalate into real violence.

A team of researchers at Wright State University has developed a computer tool they hope will enable social workers to step in before violence occurs and keep potential offenders from committing crimes.

The research, which began in mid-2016, stemmed from an interest by government agencies in reducing the number of juvenile offenders who commit repeat offenses and end up back in the justice system.

“Juvenile interaction or engagement with a gang was an issue that we felt was important,” said Amit Sheth, the LexisNexis Ohio Eminent Scholar, a professor of computer science and engineering, and the executive director of Kno.e.sis, the Ohio Center for Excellence in Knowledge-enabled Computing at Wright State. “This work is part of our growing portfolio of research on social good that also looks at drug abuse, mental health, gender-based violence and harassment by analyzing social big data.”

So Sheth’s team of researchers began to look at how gang members operate within social media by trying to identify them and their Twitter communications that could lead to violence.

Clues may include a hatred for law enforcement. Some Tweets, for example, used acronyms for police departments and add a “K” at the end for “killer,” along with slang terms such as “#FreeDaGuys,” a call to release fellow gang members from prison.

Studies show that gang members use social media to intimidate others, brag about weapons, share illegal activities, make threats, warn opponents to stay on their own side of town and present outrageous images and statements to the world.

The researchers looked at gang members in four different states.

“Even though they belong to different gangs, they use Twitter for similar things,” said Sanjaya Wijeratne, a graduate researcher at Kno.e.sis. “They mostly use Twitter to talk about drugs, money and to threaten rival gang members.”

The artificial intelligence developed by the researchers is not only based on gang members’ words and emojis such as guns and police officers used on Twitter, but also images and links to videos the gang members post.

Balasuriya said the gang members are fearless when it comes to posting.

“They are not afraid to express themselves or what they say or believe,” added Derek Doran, assistant professor of computer science.  “And I think they’re quite honest when they use social media in contrast to most people, as studies suggest we often use social media to portray an idealized version of ourselves.”

The researchers have had their findings published at several scientific conferences and workshops. And the findings were presented in San Francisco at the IEEE/ACM International Conference on Advances in Social Networks Analysis and Mining in 2016.

“One idea we would really like to pursue is to see how social workers can use this, possibly searching violent messages to identify people who might need their help,” said Wijeratne. “What we bring are methods to filter out possible people who would Tweet violent messages and actually be involved in violent crime and would require their services.”

Learn more about Kno.e.sis at knoesis.wright.edu.