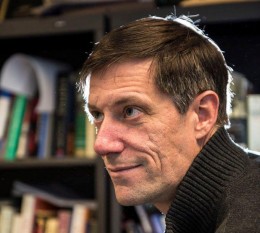 In an op-ed column in the New York Times, Christopher Oldstone-Moore, senior lecturer of history at Wright State and a facial hair expert, examines one reason why John Bolton’s appointment as national security adviser is surprising.

“Mr. Bolton does not conform to President Trump’s well-attested preference for hiring people from “central casting” — that is, svelte women and square-jawed, clean-shaven men. Insiders report that when Mr. Trump first assembled his cabinet, he rejected Mr. Bolton for secretary of state because of his eccentric brush mustache.

But central casting, in the guise of Fox News, has encouraged the president to reconsider this prejudice, and having done so, he’s unlikely to regret it. Trump may think he’s mustache-averse, but what he’s likely to realize over the course of the next few months is that this particular form of facial hair — in addition to Mr. Bolton’s established track record for bellicosity — can signal a tendency toward the sort of masculine impulsiveness and aggression that is dear to Mr. Trump’s own heart.”