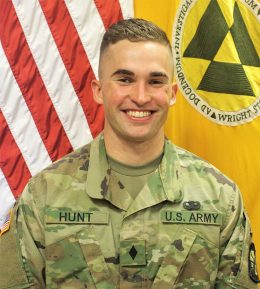 The day of the terrorist attacks on Sept. 11, 2001, his father drove to Logan Hunt’s school in rural eastern Ohio and pulled his son out of his third-grade class. The two went home, sat together on the couch and watched television coverage of the destruction.

Logan’s father, Commander Travis R. Hunt in the U.S. Public Health Service, was very emotional, unsure of what the future would bring for him and his family.

“I had no idea what was going on,” Logan recalled. “Finally he explained it to me. That moment really triggered something.”

Today, Logan Hunt is a newly minted graduate of Wright State and one of five Army ROTC cadets from the university to be named Distinguished Military Graduates by Army Cadet Command. 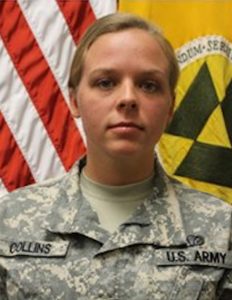 Distinguished Military Graduates made up 50 percent of Wright State’s Army ROTC commissioning class. That percentage placed second-highest among the 39 schools in the 7th Bold Warrior Brigade, which includes schools in Ohio, Indiana, Michigan, Kentucky and Tennessee. Wright State was second only to the University of Notre Dame.

The other Distinguished Military Graduates from Wright State are Elenore Collins of Miamisburg, Constantine Tolias of Dayton, Jadon Arend of Hamilton and Peter Bons of Bellbrook.

“It is outstanding to see five cadets from here be recognized as Distinguished Military Graduates,” said Hunt. “Wright State demonstrates that it has the capability to compete with other well-known academic institutions in developing quality junior officers.” 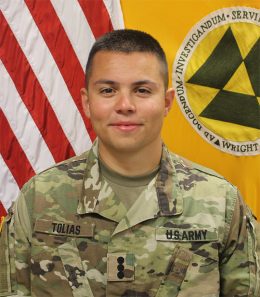 The top 20 percent of the 5,600 graduating Army ROTC cadets in the nation were designated Distinguished Military Graduates by the command, which partners with universities to recruit, educate and develop cadets in order to commission them as officers in the Army.

The honor is based on physical fitness, grade point average, extracurricular activities, internships and attendance at special training schools, such as airborne or air assault schools. The graduates must also be recommended by a professor of military science at the university.

There are currently about 50 Army ROTC students at Wright State. A total of 10 were in the senior class and graduated in the spring and last fall. The cadets, who are all second lieutenants, majored in a wide variety of disciplines — from criminal justice to engineering to public health education. 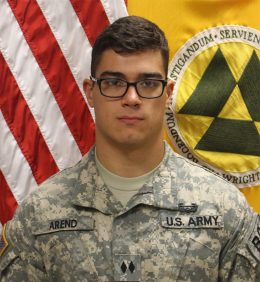 Hunt, who majored in public health education, will attend the Army Medical Services Corps Basic Officer Leadership Course at Fort Sam Houston in San Antonio and then be stationed at Fort Drum, New York, serving as a medical platoon leader.

Bons, who majored in criminal justice, will attend the Chemical Basic Officer Leadership Course at Fort Leonard Wood, Missouri. After completion, he will transition into the Military Intelligence Branch.

“I’m proud to be able to receive this honor as it helps me realize the great service I will be able to do for my country in the coming years as an officer,” said Bons. “I look forward to serving my country to the best of my abilities and to the standards of a Distinguished Military Graduate.” 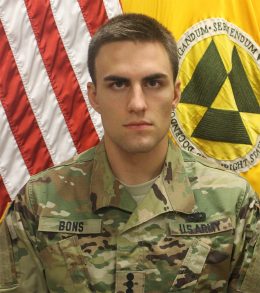 Tolias, a native of Athens, Greece, who majored in international affairs and minored in Spanish, will attend the Field Artillery Basic Officer Leadership Course at Fort Sill, Oklahoma.

“These officers represent the best of our future leaders in the U.S. Army,” said Lt. Col. Eric Slover, professor of military science. “They worked very hard, and their dedication represents everything we expect from Army officers. I am very proud of them and rest easy knowing the Army’s next generation of leaders includes officers such as them.”