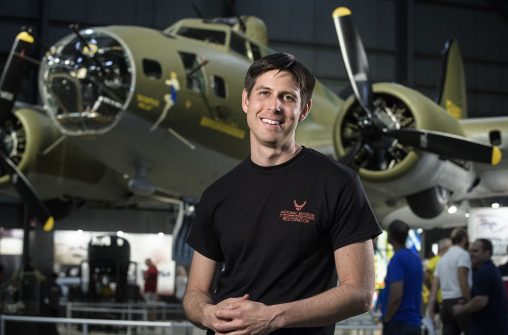 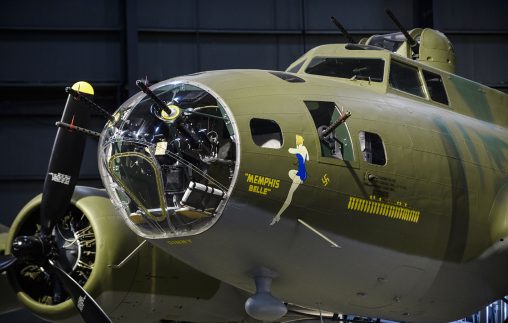 The airplane, which was trucked from Memphis, Tennessee, to Dayton in 2005, was hardly ready for the big dance when it arrived. The plane was still in pieces when Simmons first saw it. The wings were in sections, as was the fuselage.

The Belle, which appears as it did on its final mission, was painted with an original World War II style of paint and the exact color, which took mixing and blending different colors 25 times to achieve. In addition, the plane’s tail had been shot up during one of its bombing runs and the new shade of green on the tail didn’t match that of the rest of the plane. So the restorationists had to replicate the mismatch.