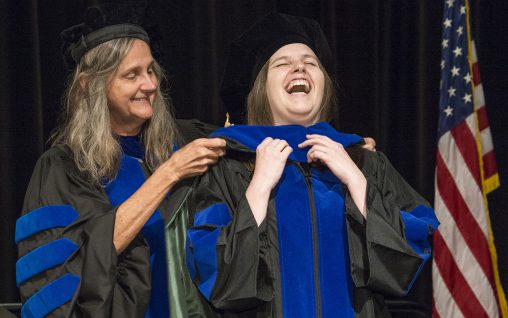 The Wright State University School of Professional Psychology celebrated the graduation of 24 students at its 37th annual commencement ceremony July 20 in the Student Union Apollo Room.

With the graduation of the class of 2018, the School of Professional Psychology now boasts 875 alumni serving in nearly every state and multiple countries around the world.

“The class of 2018, you are now part of SOPP’s long legacy of excellence,” said Provost Thomas Sudkamp. “We are incredibly proud of what you’ve achieved so far and can’t wait to see what you will accomplish in the future.”

The 24 graduates hail from eight states and three foreign countries: Canada, India and Malaysia. Thirteen members of the class earned 4.0 grade point averages. One graduate will be a psychologist at the U.S. Air Force biomedical unit and three completed internships at VA medical centers.

The keynote address was delivered by Jessica Henderson Daniel, president of the American Psychological Association and associate professor of psychology at the Harvard Medical School. She told the graduates to always act with integrity.

“Whatever you do, do it with integrity. People will remember what you do and how you do it,” said Daniel, who is the first African American woman to serve as president of the American Psychological Association. 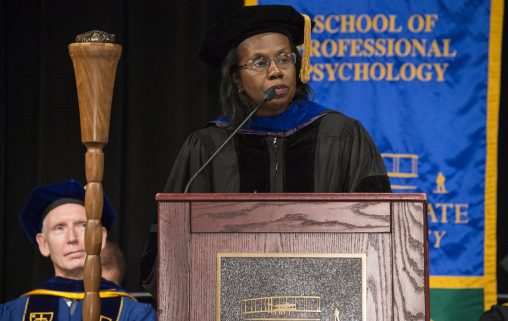 Jessica Henderson Daniel, president of the American Psychological Association and associate professor of psychology at the Harvard Medical School, gave the keynote address.

She also challenged the class to mentor and help others. “You will be in a position to help others to be all that they can be and to do it well,” she said. “The world needs people you to believe in other people to move it forward.”

You have skills, have worked hard and preserved, she told the graduates. “Now make the most of it,” Daniel said. “There is no greater goal for humankind to leave the world in a better place than when you found it.”

Wright State trustee C.D. Moore II, a retired Air Force lieutenant general, told the graduates: “We know you will do great things and build on the legacy of previous graduates.” 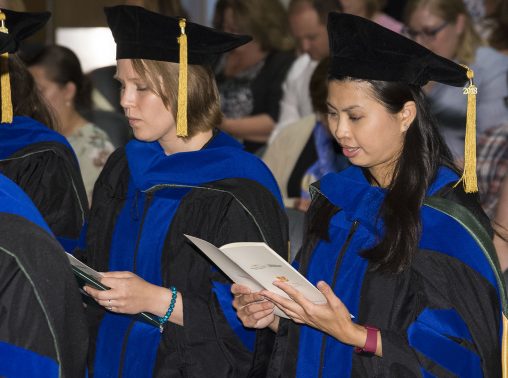 Graduates read an oath of affirmation at the end of the ceremony.