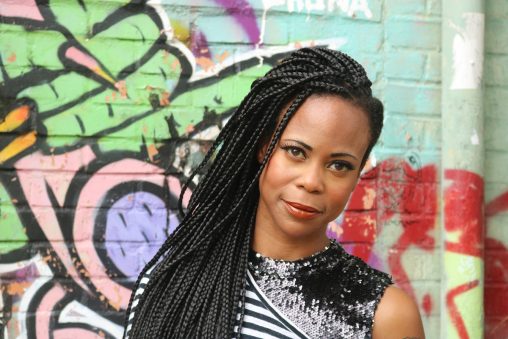 Hannah Beachler created a 400 page book envisioning what the African nation of Wakanda might look like for the film, “Black Panther.”

Long before she managed a reported $30 million arts budget for the blockbuster movie “Black Panther,” Hannah Beachler was a single mother with film-making aspirations at Wright State University in Fairborn.

Flash forward nearly two decades and the Wright State University graduate — one of the nation’s hottest  production designers — is ready to give back to the community where her passion for film was given its wings.

The Centerville High School alumna revealed her plans to start a major scholarship fund for Wright State University and Dayton-area high school students interested in careers in communications, media, film and entertainment fields to Amelia Robinson, the host of the “What Had Happened Was” podcast.

Beachler said following a dream is not always easy.

“I was a single mom. I worked two jobs, and I went to school full time. If it weren’t for help from others, I would not have been able to do that,” she told us during the podcast interview. “I was a commuter student. There was a lot of that at Wright State, where people have families and they are going back to school and you need all the help you can get, especially nowadays.”

The podcast featuring Beachler will be released Aug. 1. Besides the scholarship, she talks about getting her start in the industry, overcoming high school bullies and her first film — a “Switchblade Sisters” like grindhouse movie shot with camera from the Goodwill.

Beachler earned a scholarship to help pay for her son’s daycare while studying at Wright State.

“It is really important that students are given an option to help them move forward, whether it is to pay their rent, their bills, tuition, daycare,” Beachler said. 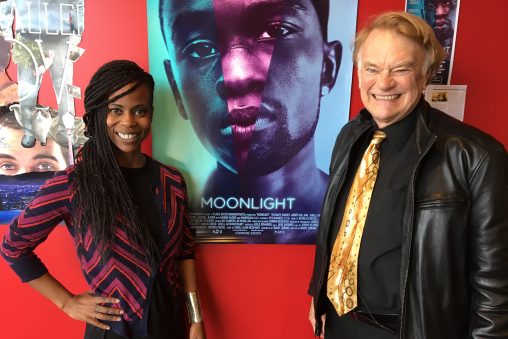 In addition to her work on “Black Panther” — the Ryan Coogler directed sci-fi action adventure staring  Chadwick Boseman and Michael B. Jordan —Beachler won praise for her work on “Moonlight,” “Miles Ahead,” “Creed” and “Lemonade,” a music video project from singer Beyoncé.

The graduate of Wright State’s film and production design program initially plans to invest $20,000 into the scholarship fund.

“It is a really big step for me that I hope grows and I can start fostering children and young people who are interested,” said Beachler who will be inducted in the Dayton Region’s walk of fame, Sep. 27.

The scholarship will be named in honor of the memory of Beachler’s Wright State classmate and friend  Carol Trevino of Wilberforce.

The 31-year-old was killed in an automobile accident while working on a film near Shreveport, Louisiana, in 2007. She is survived by a son and two daughters.

Beachler’s scholarship will be run though her foundation and be broken up into segments.