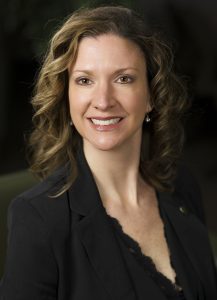 As CAO, Paul will be responsible for the business and financial operations of the Boonshoft School of Medicine, in addition to continuing her duties as the chief executive officer of WSP, the school’s clinical practice. The creation of the chief administrative officer position will more effectively integrate the business structures of the two organizations in a holistic way.

“This position will allow us to more efficiently manage the educational, clinical and research enterprises of the Boonshoft School of Medicine in alignment with the university’s strategic plan and the mission of our community-based medical school,” said Margaret Dunn, dean of the Boonshoft School of Medicine. “An integrated business structure is quickly becoming the contemporary management model for our peer institutions.”

As CAO, Paul will report directly to the dean of the Boonshoft School of Medicine, with accountability to the chief financial officer of Wright State University. She will be responsible for the administrative and financial alignment of WSP and the Boonshoft School of Medicine, and will provide strategic and operational leadership in support of the medical school’s mission of education, research and community service.

Paul previously served as chief operating officer of WSP. She also served as a business administrator for the Departments of Geriatrics and Surgery over the years. She began her career at Nationwide Children’s Hospital in Columbus, where she was director of operations for the Center for Child and Family Advocacy and project manager for planning and business development, among other roles.

A graduate of Ohio University, Paul earned a Master of Health Administration and a Bachelor of Science in Biological Sciences.