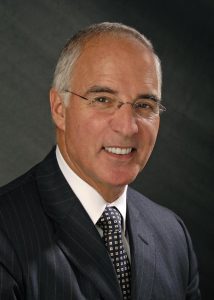 Jeffrey Ponsky, professor of surgery and director of developmental endoscopy at the Cleveland Clinic.

Free and open to the public, the Grand Rounds event is part of the Wright State University Boonshoft School of Medicine’s Richard DeWall, M.D., Lecture Series.

DeWall, a pioneer heart surgeon, was the inventor of an early heart-lung machine used in cardiac surgery worldwide and played a critical role in founding the Wright State University School of Medicine. He created the first workable, portable bubble oxygenator in 1955. The DeWall Bubble Oxygenator soon became the model used around the world for open-heart surgery.

In gratitude for his contribution to the medical community and Wright State University Boonshoft School of Medicine, Julie Gilkeson, M.D., established the Richard DeWall, M.D., Lecture Series Fund in 2017.

Ponsky is the first speaker in the lecture series. He serves as professor of surgery, director of developmental endoscopy at the Cleveland Clinic and associate dean for alumni affairs at Case Western Reserve University School of Medicine. He previously served as the Oliver H. Payne professor and chairman of the Department of Surgery at Case Western Reserve School of Medicine from 2005 to 2014. 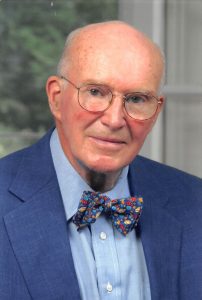 For more information about the lecture, contact Lynne Buckingham at 937-208-3771 or lynne.buckingham@wright.edu.