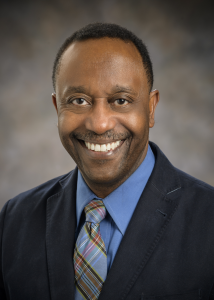 Gary LeRoy, associate dean for student affairs and admissions at the Boonshoft School of Medicine.

The AAFP represents 131,400 physicians and medical students nationwide. The organization is devoted to primary care and advocates on behalf of family physicians and patients across the country.

LeRoy, an associate professor of family medicine, is a lifelong Daytonian and public servant. He serves the underprivileged as a staff physician at the East Dayton Health Clinic. He served the clinic as medical director from 1994 to 2008 and helped secure funding to remodel and expand the center and its services.

He has been a member of the AAFP since 1991, serving in leadership roles at both the state and national levels. Since 2010, LeRoy has served as an Ohio delegate to the AAFP Conference of Delegates. He served as chair of the Commission on Education and has also chaired the Commission on Membership and Member Services.

The Wright State University Boonshoft School of Medicine is a community-based medical school affiliated with eight major teaching hospitals. The medical school educates the next generation of physicians by providing medical education for more than 480 medical students and 465 residents and fellows in 13 specialty areas and 10 subspecialties. Its research enterprise encompasses centers in the basic sciences, epidemiology, public health and community outreach programs. More than 1,600 of the medical school’s 3,422 alumni remain in medical practice in Ohio.