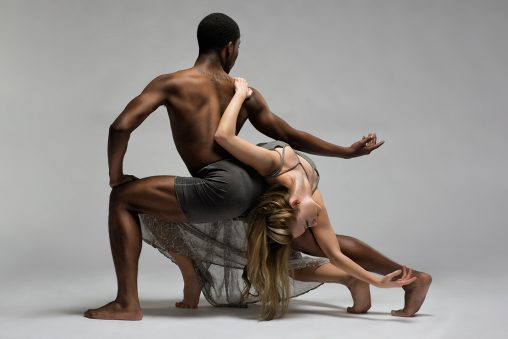 The Wright State Dance Ensemble will hold its Spring Dance Concert in the Festival Playhouse in the Creative Arts Center April 25–28. (Photo by Scott Robbins)

Tickets are $15 for adults, $10 for seniors and $5 for students. Wright State students can attend the April 25 performance for free by showing a student ID. Tickets can be ordered online or by calling the Theatre Box Office at 937-775-2500.

The concert will feature varied dynamic works reflecting the breadth and vision of the Wright State Dance Program.

The ensemble will premiere “Pretty Is” by guest choreographer Ray Mercer, who performed on Broadway in “The Lion King.” “Pretty Is” is based on the phrase “pretty is as pretty does.” Mercer wanted to create a work that said you are only as powerful, exciting, intuitive, relentless, loving and passionate as your actions.

Mercer has set ballets on various companies and universities across the country including the Ailey/Fordham University B.F.A. Program, Philadanco, Dallas Black Dance Theater and the Dayton Contemporary Dance Company.

The Dance Ensemble will also premiere “Impetus” by guest choreographer Ashley Walton. “Impetus” is a contemporary ballet featuring music by composers Philp Glass and Ezio Bosso and showcasing the diversity of the Wright State Dance Program.

Gina Walther, associate professor of dance, will debut “Refuge,” a modern dance inspired by the strength of orphans and the empathy of those who help them to recover. “Refuge is the courage to heal, which connects us all,” Walther said.

The ensemble will also perform “the precipice between…” by Teressa Wylie McWilliams, professor and coordinator of the Dance Program. She describes the work as “a journey down, around, through and over the dynamic beats of Kodo drums, an abstract reflection of the many precipices between opposing forces we balance daily.”