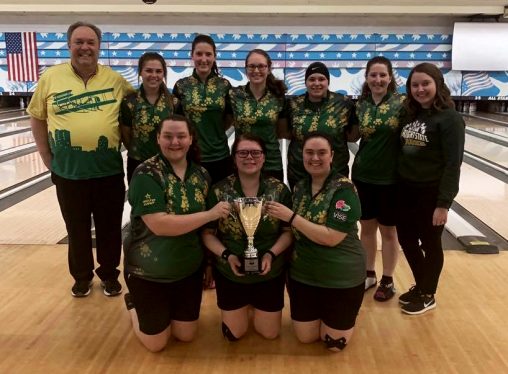 It is the team’s first national title since 2015.

Jeff Fleck, head coach of the women’s team, was extremely excited about the win. “We just crushed them,” he said. “We did really well.”

This year, the team has three graduating seniors, so the championship was very important to them.

“It was a great feeling to win,” Fleck said. “There were tears of joy.”

Fleck said that while the team performed well throughout most of the season, the Raiders struggled near the end. However, that made their victory all the more exciting, he said.

“Finally winning again is a huge deal,” he said. “It was a pretty electric moment for us.”

Each year, the top 16 women’s club teams around the country are invited to play in the tournament. Since 2015, Wright State’s club team has been in the top seed. First, the teams play in a pool process, where they play in baker games against other teams in their pool. After the pool games, the teams are entered into a bracket. In the winner’s bracket, matches are best three out of five.

“It almost didn’t really hit me until after we received the trophy and I was able to hug my parents and a couple of my teammates’ parents that started getting really teary-eyed,” she said. “It was definitely a top three moment for me for my collegiate career.”

Senior management major Tori Pappas said players helped each other and learned to coach each other throughout practices leading up to the tournament. She added that she is excited to see how the younger players on the team grow in future seasons.

“I’m just very proud of my team and how amazing they performed,” she said. “They’re only going to get better.”

Sarah Carpenter, a marketing major, said she greatly appreciated the assistance and work from Fleck.

“We all bowl, get credit for any high scores or wins but without him, we would not have been successful,” she said. “He has always been helpful and supportive through everything we have gone through this season.”

Pappas was named MVP of the women’s tournament and was joined by teammate Madison Stiffler on the All-Tournament Team.