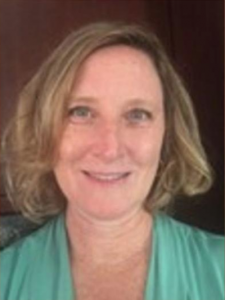 The awards recognize educators who are using the classroom to inspire innovation, creativity, problem solving and critical thinking among their students, according to a release from The Henry Ford museum.

The teachers inspire their students to challenge the rules and take risk, they demonstrate how to be collaborative and empathetic, and they teach the value of learning from failure and staying curious, the release states.

The teachers will be presented with the awards on June 1 during the Emmy-winning show “The Henry Ford’s Innovation Nation” on CBS, which airs at 6:30 a.m. Sundays on WHIO-TV, Channel 7.

“My application was based on the project-based learning partnership that I’ve built with the Dayton Historical Aviation National Parks since 2010,” McKarns said.

McKarns has taught for 26 years from grades seven through 12. She currently teachers seventh grade English at the middle school. She serves as an adviser for the television crew who produces a live informational program each morning and advises the school’s online newspaper.

She has a Bachelor of Communication degree from Ohio University and a master’s degree in education from Wright State University.

McKarns has a husband named Lee and they have two children, Megan and Joey.

The Henry Ford is located in Dearborn, Michigan. It is a internationally recognized history destination that explores the American experience in innovation, resourcefulness and ingenuity that helped shape America, according to their website.