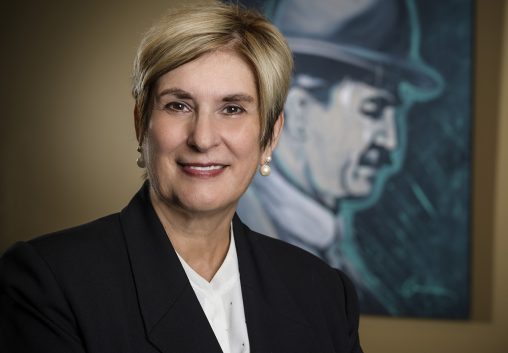 Rebecca Cole, vice president for advancement and president of the Wright State Foundation.

Rebecca Cole, vice president for advancement and president of the Wright State University Foundation, will retire after a highly successful career on July 1.

Bill Bigham, director of planned giving, has been named interim vice president for advancement while the university conducts a national search.

“I want to thank Becky for her critical contributions to Wright State and welcome Bill to his new role,” said President Cheryl B. Schrader. “Over the last decade, Becky has played a vital role in supporting scholarships and student success, attracting and retaining world-class faculty, building state-of-the-art facilities, and providing hands-on research and experiential learning opportunities for students.”

“I consider that the greatest contribution of my career, to help donors to realize their dreams of making higher education accessible to literally thousands of students,” Cole said. 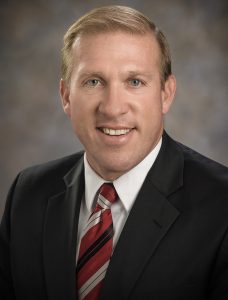 At Wright State, Cole oversaw the university’s largest fundraising campaign, Rise. Shine. The Campaign for Wright State University, which raised more than $167.7 million from more than 31,300 donors, including 17,659 first-time donors to Wright State.

She also played an important role in bringing Tom Hanks to the Dayton Campus for the dedication of the Tom Hanks Center for Motion Pictures.

In 2017, the university launched Discover Your Story: The Campaign for the Wright State University Archives Center, which will provide a new home for the university’s world-renowned Special Collections and Archives.

Bigham has more than 20 years of successful fundraising experience at both private and public universities. He joined Wright State in 2014 as director of development in the College of Nursing and Health. Since 2017, he has served as the university’s director of planned giving.

Bigham earned a Master of Public Administration and a certificate in nonprofit management from the College of Brockport, State University of New York, and a bachelor’s degree in history from Roberts Wesleyan College.