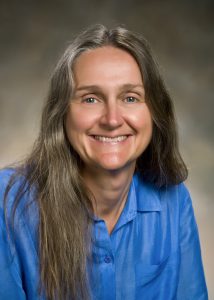 Meyer joined the faculty of the School of Professional Psychology in 1997. Previously, she was a faculty member at Northwest Missouri State University from 1992 to 1996.

Her areas of expertise are in forensic psychology, family violence, correctional psychology, and politics and reproductive rights of women. Meyer has appeared on “60 Minutes,” “20/20,” “The Last Defense” and “The John Walsh Show.” She has also been quoted in most major national newspapers including The New York Times, Chicago Tribune, The Washington Post and The Boston Globe.

Her most recent book, “Explaining Suicide: Patterns, Motivations and What Notes Reveal,” explores the motivation for suicide by examining notes victims left behind. Her book “When Mothers Kill: Interviews from Prison” won the Academy of Criminal Justice Sciences Outstanding Book Award in 2009. She has also written or co-authored numerous academic papers and two other books: “Mothers who Kill their Children: Understanding the Acts of Moms from Susan Smith to the ‘Prom Mom'” and “The Wandering Uterus: Politics and Reproductive Rights of Women.”

In 2010, she received the University Professor Award.