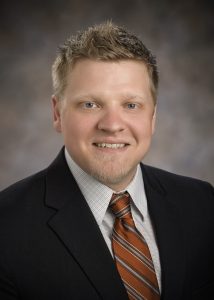 Determining the value of industry versus nature can be difficult and costly, but the needle points toward Dayton’s needing higher-paying jobs and production, said Kevin Willardsen, professor of economics at Wright State University in Dayton, who has studied the effect of industry on the environment.

Unemployment in Dayton is 4.3 percent, only slightly above the national average of 3.7 percent, but many of the higher-paying manufacturing jobs lost during the last recession have not returned. Dayton’s population fell to 140,640 in July 2018 from 166,179 in 2000, according to the United States census.

“Dayton is an outlier,” Professor Willardsen said, in that it is one of the only major metropolitan areas that is shrinking while most have grown. “Anything that can reverse the trend would be good for the area.”

But growth comes at a price, Mr. Knoop said.

“Money and jobs are a hard thing to argue against, but many times, you are possibly losing a resource that is irreplaceable,” he said. “It seems to me, they could find another place around the airport property. Once the open space is gone, it is gone forever.”

View the full story at nytimes.com