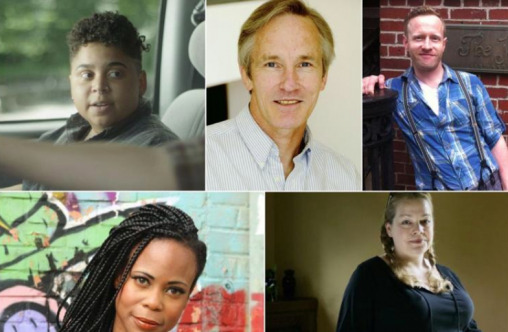 One of the most critically films of the year is crawling with Raiders.

Stand-outs include Bruce Cromer, a Wright State acting professor who plays an attorney in “Dark Waters.”

“This was his very first film,” McNeal said of the veteran of stage productions. “It is not just a couple of lines. It is a ‘part’ in the film.”

Wright State graduate Hannah Beachler, an Oscar winner for her work on “Black Panther,” was the film’s production designer.

Beachler learned of her Oscar nomination during the filming of Black Waters.

McNeal was an extra in the movie. He believes others from the Dayton area were involved as extras as well.

“Dark Waters” tells the story of corporate environmental defense attorney Rob Bilott who risks his career and family to “uncover a dark secret hidden by one of the world’s largest corporations and to bring justice to a community dangerously exposed for decades to deadly chemicals,” the description says.

McNeal says the praise the film has received is deserved.

“First of all, I love Todd Haynes. I love his aesthetic. His storytelling,” McNeal said. “It is also a film about corporations and their lack of concern about humanity and more (concern for) the bottom line. It is a film that is upsetting and motivating.”