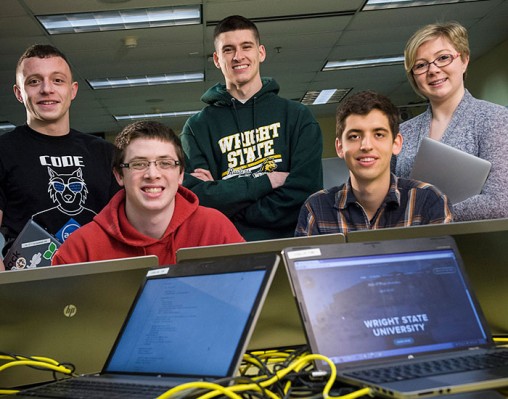 From left: Mike Alfaro, Kyle Ahearn, Darin McCarren, Alison Guyton and Josh Harris are among the computer science and computer engineering students who will participated in the Make-It-Wright hackathon last April.

Wright State University has been awarded nearly $1 million in Choose Ohio First scholarships from the State of Ohio for computer science and related fields.

The Ohio Department of Higher Education said the $971,355 grant will help support student recruitment and continuation for the first two academic years.

More than $20 million in Choose Ohio First scholarships was awarded statewide, supporting 35 colleges and universities and an estimated 1,400 students. The scholarships were announced by Gardner and Lt. Gov. Jon Husted. 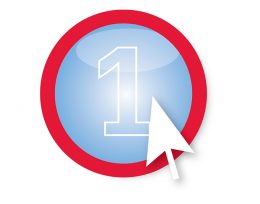 “The Choose Ohio First program is one of our state’s best tools to increase the number of students preparing to work in STEM-related fields,” Husted said. “In today’s technology-infused economy, every industry and business has important tech-focused jobs, and training Ohioans for careers in those positions is key to growing our economy.”

Awards in later years will be subject to budget appropriations by the Ohio General Assembly, performance and budget modifications of the chancellor.

Brian Rigling, dean of the College of Engineering and Computer Science, called the award great news for Wright State.

“Regional employers have a critical need for more workforce in computer science and related fields, and generally they look to Wright State first,” he said. “This grant will be an incredible resource to help our college recruit more students into these areas. I am thankful to ODHE for its decisive action on this front.”

In October, Wright State was awarded more than $1 million in Choose Ohio First scholarships from the state for the 2020–21 academic year.

The scholarships are designed to strengthen Ohio’s competitiveness within STEM disciplines by supporting students in innovative academic programs.

They are aimed at increasing the number of STEM graduates and educators in Ohio and funding collaborations that will have the most effect on Ohio’s position in world markets such as aerospace, medicine, computer technology and alternative energy.