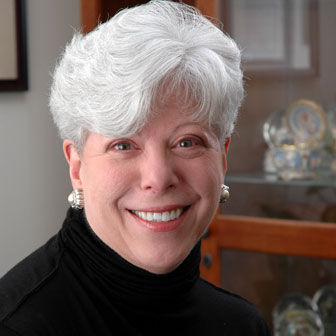 Lizbeth Bible fulfilled a lifelong dream when she graduated from the Wright State Boonshoft School of Medicine and opened a private medical practice.

Lizbeth Bible, M.D., ’02, always wanted to be a doctor. Even back when she was a young child, it was all she ever dreamt of doing. But the spirit of the times wasn’t on her side.

“When I was growing up, men were doctors. Women were nurses or teachers. And they did not work outside the home,” Bible said. “So once a woman married, she stayed at home. Her job was to raise children, keep the home, dinner on the table when the husband came in from work.”

Together, they adopted four children, each just a few days old. She believes that was part of God’s plan for her life.

“I think the meaning for my life was, ‘Here are four children I want you to raise and then, when it is time, you will enter medical school,’” Bible said. “That’s the way I’ve looked at it. And now, I’m 71. I look back on my life, and it’s like it had to be this way.”

At the age of 46, Bible enrolled at the University of Cincinnati to major in pre-medical studies. She didn’t quite know what to expect, but she didn’t like living with regret. Bible needed to know if she could become a doctor. She finished as the top student in her graduating class, and then took the Medical College Admission Test (MCAT).

“I took the MCAT because I don’t like the words, ‘if only.’ Yes, I was 50 and I thought that medical school was not in the realm of possibilities, but I wondered,” Bible said. “I never opened my scores, but they were mailed to me and I just put them in a drawer.”

Her husband had told her only to apply to medical schools near where they lived in Cincinnati. She sent applications to the University of Cincinnati and Wright State University.

At her alma mater, Bible was anticipating an interview. But after the application deadline had passed with no word, she was left wondering. One of her science professors decided to make a phone call and see what was going on. After all Bible was his top graduating student.

“The next day, when I came out of one of my classes, there were two men in suits and ties asking if they could talk to me. They said they were from the School of Medicine at the University of Cincinnati. They wouldn’t tell me their names,” Bible said. “They said, ‘What we’re telling you, you did not hear from us. We thought it was important that you know. It’s not something that you failed to do. But when your name came up, the statement was made that it simply will not be allowed.’”

She thanked them for letting her know and assumed that she wouldn’t get accepted to either of the medical schools. Bible assumed that no school would accept her due to her age. Accepting her would mean rejecting another applicant who could graduate as a doctor younger and practice longer.

It was shortly after that time that she got a call from Wright State University to offer an interview. Back in the days before caller identification had become commonplace, Bible assumed that it was a prank call.

Bible remembers the ages of incoming medical students varied from 19 to 31, and it felt odd being the oldest at first. She was likely the oldest medical student in the nation. But it soon became apparent that everyone was in the same boat. They were entering medical school and were all at the same level of learning.

“I remember, in anatomy class, the first time I held the human heart in my hand. I couldn’t believe I was really in medical school and seeing and learning the things that I was learning,” Bible said. “There were times I thought somebody was going to come up and tap me on the shoulder and say, ‘Wait a minute. There’s another student with your name that should’ve been here. Not you.’ But it was happening. I made it.”

It was a tough time, but Bible decided to stay in school, in part because of a verse a friend had given her. It was from the Book of Isaiah, and Bible carried it with her everywhere. “It reads, ‘But they that wait upon the Lord shall renew their strength; they shall mount up with wings as eagles; they shall run, and not be weary; and they shall walk, and not faint,’” she said.

At her medical school graduation, Bible’s daughter let her carry her grandson on the stage. She enjoyed seeing all the generations of her family. Bible also made sure to have her maiden name put on her diploma.

Throughout medical school, Bible considered many specialties. Despite exposure to all sorts of specialties through her rotations, she knew she would wind up practicing in family medicine. In 2005, she opened a private practice in Dayton.

“If anybody told me when I was 46 starting at University of Cincinnati that I would be in school for the next 11 years, I think I’d have gotten in the car and driven off real fast. I didn’t expect it to happen,” Bible said. “Wright State gave me the opportunity when I don’t know that any other school of medicine would have. I will always be indebted to the people on that admissions committee, and I hope that I have been the type of person, the type of physician, who has reflected on medicine in a positive way.”