“American Factory,” which Bognar and Reichert directed and produced, focuses on the opening of the Fuyao Glass America plant at the site of a former General Motors truck plant in Moraine. The documentary captures the complicated relationship between Fuyao, the Chinese glass manufacturer that owns the new plant, and its American employees, some of whom worked at the GM truck plant before it closed in 2008, putting more than 1,000 workers out of jobs.

“Our film is from Ohio and China,” Reichert said during her acceptance speech. “…But it really could be from anywhere that people put on a uniform and punch a clock, trying to make their families have a better life. Working people have it harder and harder these days. We believe that things will get better when workers of the world unite.”

Bognar thanked “everyone who trusted us to tell your story,” the film’s crew, friends and family, Netflix, Participant Media, Higher Ground Productions, and “the tough, inventive, great people of Dayton, Ohio.”

This was the first Oscar won by Reichert and Bognar.

“This is a homegrown movie made by a homegrown team,” Bognar told the audience at the Dayton premiere of “American Factory” at the Victoria Theater on Aug. 19. Bognar gave special thanks to the Department of Theatre, Dance and Motion Pictures, saying it has spawned “many talented young filmmakers.” 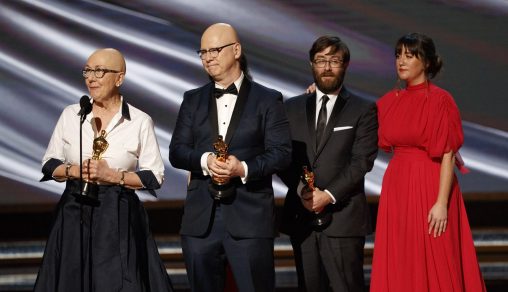 The documentary was produced by Higher Ground, Barack and Michelle Obama’s production company, and is available to stream on Netflix.

Obama congratulated the filmmakers on their Oscar:

Congrats to Julia and Steven, the filmmakers behind American Factory, for telling such a complex, moving story about the very human consequences of wrenching economic change. Glad to see two talented and downright good people take home the Oscar for Higher Ground’s first release. https://t.co/W4AZ68iWoY

This was the second year in a row the Wright State Motion Pictures Program celebrated during the Oscars. Hannah Beachler, who graduated from Wright State in 2005, received the Academy Award for Best Production Design in 2019 for her work on “Black Panther.”

Reichert and Bognar documented the final days of the General Motors truck plant before it was shuttered in their 2010 HBO film “The Last Truck: Closing of a GM Plant.” It was nominated for an Academy Award for best short subject documentary.

Reichert and Bognar’s film “A Lion in the House” won the Primetime Emmy for Exceptional Merit in Nonfiction Filmmaking as well as the Henry Hampton Award for Excellence in Film and Digital Media.

For 28 years, Reichert was a professor of film production at Wright State. She has mentored filmmakers from around the country and is co-founder of Indie Caucus, the action group working to keep the documentary form alive and well on PBS. Reichert received Academy Award nominations for “Union Maids” (1977), “Seeing Red” (1984) and “The Last Truck: Closing of a GM Plant” (2010).

Bognar is a former Wright State faculty member and a 1986 graduate of the Wright State Motion Pictures program. 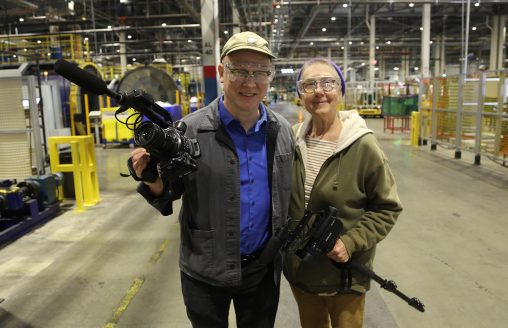