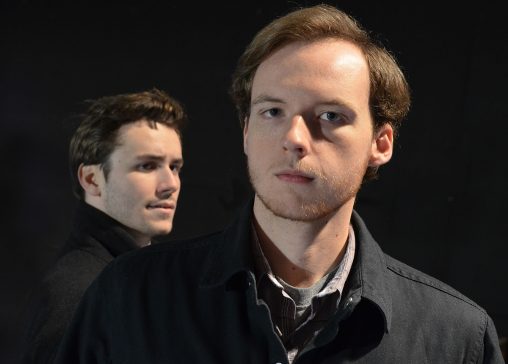 Will Graber is Peter Stockmann, left, and Nick Martin plays Dr. Thomas Stockmann in Wright State Theatre’s production of “An Enemy of the People.” from Feb. 21 to March 1 in the Herbst Theatre.

Wright State University Theatre continues its 45th season with the classic Ibsen drama “An Enemy of the People” from Feb. 21 to March 1 in the Herbst Theatre.

“An Enemy of the People” is an 1882 play by Norwegian playwright Henrik Ibsen that was adapted in 1950 by Arthur Miller. It tells the story of a small Norwegian town popular for its medicinal spring waters and one man’s quest to do right, pitting him against the interests of his community. After Dr. Stockmann discovers possible toxic contamination endangering the town’s sole industry, his brother, the Mayor, launches a counterattack that threatens to tear the community and family apart.

“An Enemy of the People” is directed by W. Stuart McDowell (“Fiddler on the Roof,” “1913: The Great Dayton Flood,” “Les Misérables”) with assistant direction by Grayson Edwards, sets designed by Carleigh Siebert, lighting by Malia Dalba, costumes by Tatyana Kowalski, properties by John Lavarnway and sound by James Dunlap and Grace Randall.

The 2019–20 Wright State Theatre season concludes with “Mamma Mia!” from March 19 to April 12 in the Festival Playhouse. View the schedule online.