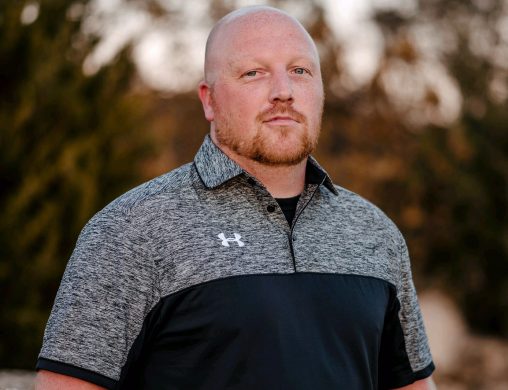 Anthony Heiland, a U.S. Army veteran who received a business degree from Wright State, organized an effort to provide a space on campus for veteran and military-connected students.

He’s gone but not forgotten. Military veteran Anthony Heiland graduated from Wright State University in 2014 but not before leaving an indelible mark on the campus.

Heiland, who did two tours of duty in Iraq and now works as a manufacturing engineer at a leading defense firm, helped start a petition drive that led to the creation of the Veteran and Military Center, which has since served hundreds of veterans and military-connected students at Wright State.

When Heiland first arrived at Wright State as a management major, he couldn’t find any veteran or military clubs, groups or student organizations.

“What I did find was a number of faculty and staff who were veterans themselves or supporters of the veteran and military community,” he said. “With their assistance and the assistance of the VA education office, I was able to found a new student organization, Veterans League.”

The Veterans League worked closely with the university to create bylaws that supported military members who would deploy during school, ensuring that it would not negatively impact their transcripts or their wallets. The league also created a Veterans Affairs position on Student Government, worked with a professor to begin a personal memoir class that would later become the Veterans Voices Project and helped reinvent the VA education office.

In 2012, Heiland and fellow student-veteran Anthony Hinojosa began collecting signatures on a petition asking for a central spot for veterans to connect, study and deal with issues related to their benefits. They eventually amassed more than 3,000 signatures and presented them to the administration.

The Veteran and Military Center (VMC) was established in August 2013 and moved into its current space at the intersection of Allyn and Millett Halls in 2014. The 4,500-square-foot space includes a lounge, kitchenette, a study room and a computer room and is staffed by personnel trained to handle benefit issues.

The VMC hosts veterans service organizations on campus and documents the nation’s history through the Veteran Voices Project, an oral history project and radio series that features military veterans exploring their time in the service and lives as civilians.

“The VMC has put Wright State on the national radar for the work they do each and every day,” Heiland said.

Heiland grew up in the Dayton suburb of Northridge. His interest in joining the military peaked during the terrorist attacks on Sept. 11, 2001. He was a junior at Northridge High School on his way to computer applications class when he heard that a plane had struck the World Trade Center in New York City.

“I was unsure what to make of the moment,” he recalled. “I remember standing, not sitting, in the classroom that day. I was fixated on the events as they unfolded across every news network in the country, and I was fortunate that our teachers allowed us to witness this moment in history.”

When the second plane hit, it left Heiland shocked, confused, sad and angry.

“While I always had an interest in the military, that day took me through a series of emotions which solidified my desire to serve,” he said. “My parents had other thoughts and, me being 17, they held their ground and would not sign the papers that would allow me to join.”

After enrolling at The Ohio State University, he worked in a dormitory dining hall to try make ends meet, but his family fell on hard times and he was forced to withdraw from college in 2004 and return home. In Dayton, he began working full time as a supervisor at a franchised restaurant while taking classes at Sinclair Community College.

In 2006, he enlisted in the U.S. Army as a combat engineer, helping provide expertise in mobility, survivability and general engineering. Heiland did two tours of Iraq in three years, traveling much of the central, western and northern regions of the country.

Following the deployments, he joined a mechanized combat unit that also did search, rescue and extraction for the Homeland Response Force. For the following six years, he mastered an array of skills in the National Incident Management framework.

“Through my time in service, I have faced countless tasks, challenges and missions,” he said. “The soldiers I serve with enable us to succeed and it has been an honor and a privilege to serve our country.”

Heiland enrolled at Wright State partly because of the military-friendly nature of the university.

“It had the feel of a larger campus but maintained the personal connection of a smaller university,” he said. “Their support and investment in the military simply sealed the decision.”

Heiland’s father owned a small business and as a child Heiland was always interested in how he ran his business. Heiland’s work experience deepened his interest in how organizations operate. So he majored in management, graduating with a bachelor’s degree in business in 2014.

Heiland worked full time at General Dynamics his senior year and continued to work there after graduation. He was later hired as a production supervisor at SourceLink and within three years managed two-thirds of the company’s manufacturing operations.

One of the projects he manages is a partnership initiative with the Wright State College of Engineering and Computer Science. L3Harris employs three Wright State student-interns and works closely with the college’s Data Analysis and Optimization Lab and Parikh Pratik, professor of industrial and systems engineering.

Heiland said Wright State prepared him to be successful with its engaging classes and faculty and staff who showed him that ideas could become reality.