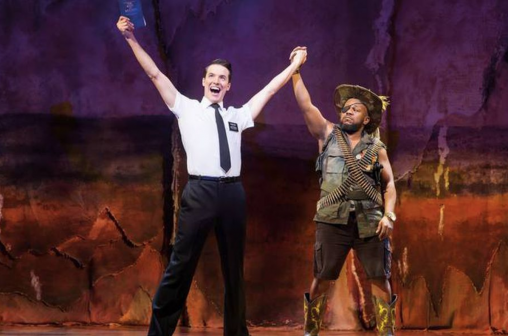 A few days later, he and his family moved in with his father-in-law in Shaker Heights.

Broadway’s historic March 12 shutdown due to the coronavirus pandemic has had a huge impact on the industry, actors and tourism.

“This is the strangest thing I’ve ever lived through,” said Hippensteel, 36. “I had been following the news before the shutdown very carefully. (Initially), we were told a (shutdown) was only going to be for 30 days, and I kind of rolled my eyes about it. It sounded ridiculous. My wife, Brooke, and I had discussed matters and we felt it would last at least six months. Some of my friends were thinking three months but I put six months in my head partly because I wanted to protect myself from disappointment if it went shorter. But if it was going to be six months I would be prepared.

“The day we found out Broadway was officially shut down, Brooke and I rented a car and left for Cleveland. We felt like something big was happening and we didn’t want to be in New York when it really hit. We didn’t know if there would be lockdowns but we were afraid we would get stuck in our apartment for long periods of time. We have two very active young boys and we didn’t want to be in our apartment for 24 hours a day or long periods of time. We’re lucky to have had the ability to get out of the city. Looking back, Brooke and I knew New York was already getting bad but the testing capacity wasn’t available to know for sure how bad it was. Mostly everyone I know stayed, but Brooke and I felt we needed to take control of something we couldn’t control.”