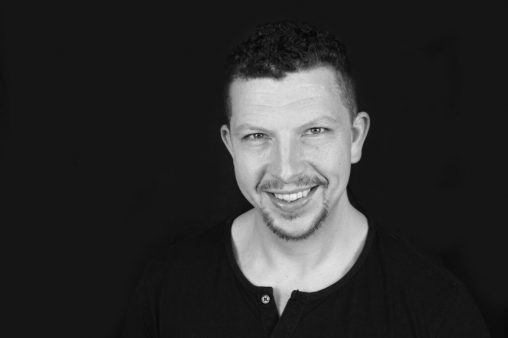 When the coronavirus shut down theatres locally and around the country, Wright State University alumnus Matt Neal found an innovative outlet for his creative spirit.

Neal, who received a bachelor’s degree in acting from Wright State in 2007, founded the Virtual Theatre to produce unique online performance experiences.

“The creation of the Virtual Theatre came from the universal need to tell and be told stories regardless of proximity,” said Neal, who lives in downtown Dayton. “As an artist who lost all their work and income due to the virus, I felt compelled to channel my creativity into something that would enrich me and help other artists in the same situation.”

Neal launched the Virtual Theatre in April with a reading of Tennessee Williams’ “The Glass Menagerie” on Zoom. The theatre followed it up with online productions of “A Streetcar Named Desire” and “Cat on a Hot Tin Roof.” Neal selected the three dramas as an experiment to observe how classic stage texts read over the new medium.

“We had no idea if audiences would be interested in this or if it would be a selfish endeavor to avoid tedium and boredom,” he said. “But we believe, as long as we can’t gather safely together, there will be a venue for the Virtual Theatre.”

The theatre’s next production is Qui Nguyen’s “She Kills Monsters: Virtual Realms,” which will stream through a password-protect link on Vimeo and YouTube on Aug. 7–16. More details are available on the theatre’s Facebook page.

Tickets cost $15 and are good for one day’s viewing. Purchase tickets online.

Nguyen adapted his stage play “She Kills Monsters” for an online medium for artists to create during the pandemic. “We are one of the first companies to perform it and the first to do so professionally,” Neal said.

The story focuses on Agnes Evans, an average woman whose family, including her younger sister, Tilly, dies in a car crash. Although the sisters were never close, Agnes decides to get to know Tilly better by playing a “Dungeons and Dragons” module that her sister had written. As Agnes delves deeper into her quest, reality and fantasy mix, leading Agnes to realize how much of her sister she never knew. 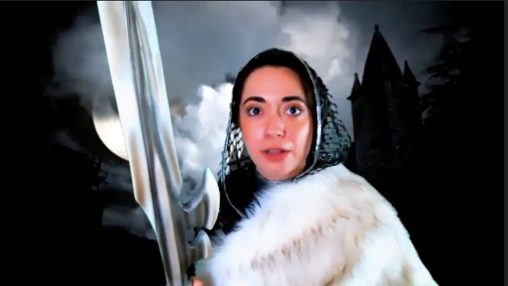 The cast is racially and gender diverse to accurately reflect the communities represented by the characters. “‘She Kills Monsters’ gives opportunity to allow communities not usually represented in theatre stories to be heard,” Neal said.

The theatre’s productions have featured local professional actors, Wright State theatre grads and new performers broadcasting in from Los Angeles and New York City. Neal has served as director on all the theatre’s works.

Neal used proceeds of previous productions and partnerships and sponsors to provide stipends for the performers and technicians, making the Virtual Theatre one of the only operating production companies currently producing work and paying artists and technicians in the U.S.

After discovering his love for theatre in high school, Neal received a scholarship to study musical theatre and acting at Wright State.

During his sophomore year, he went through an experience that affected the trajectory of his career. The first production he directed, “Quills” in the Directing Lab, created controversy when the university’s legal team tried to shut down the production because it contained male nudity, which was called for in the script.

Neal led a student protest that garnered faculty support, including from Joe Deer, who is now the chair of the Department of Theatre, Dance and Motion Pictures. Eventually, the university’s administration stepped in and allowed the play to go on. The controversy earned coverage from the Dayton Daily News and the Associated Press. Because of the extra attention, the play sold out, allowing Neal to schedule more performances. The Pulitzer Prize-winning playwright Doug Wright also wrote a statement of gratitude that was read before each performance.

Without this experience, Neal said, “I simply wouldn’t be doing what I am doing.”

It helped him grow in confidence as a leader. He created several more shows in the Directing Lab, inspiring Neal to pursue directing as a career. “Joe Deer is still a beacon of support, wisdom, and positivity who encouraged me to stay focused when I was ready to quit,” Neal said.

The Theatre Program showed Neal how to be empathetic and supportive to groups underserved in the arts. 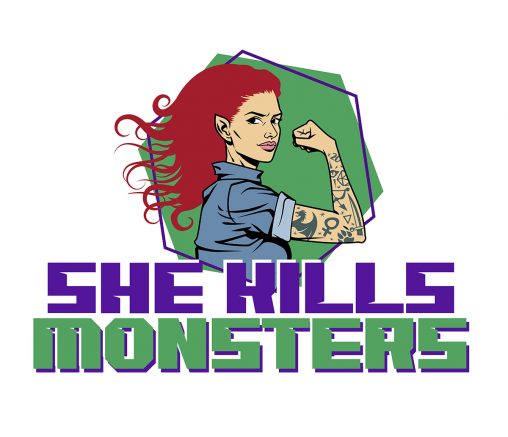 “The program did not preach, but rather demonstrated diversity through their student selection and show programming,” he said. “I am so grateful for this and am sure it is why I am attracted to material like ‘She Kills Monsters.'”

Since graduating from Wright State, Neal has built a career directing at regional theatres and universities around the country, including at John Hopkins University, the Bigfork Summer Playhouse in Montana, Fitton Playhouse in Hamilton and the Greater Hamilton Civic Theatre.

While Neal thinks the Virtual Theatre could become a long-term project, he stressed that it is not a replacement for live theatre. He hopes it will eventually evolve into live performances mixed with media and other forms of art.

“I have learned that no matter what is going on in the world, despite division and animosities,” Neal said, “there is no silencing storytellers, and there is forever a desire to be told stories.”