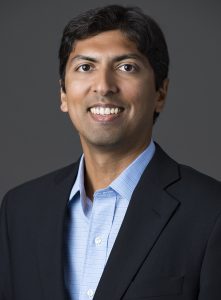 Anupam Bedi ’97, ’99 has become a leader in the health care and medical fields, blending his technical knowledge of the industry and understanding of project organization to lead businesses to successful outcomes. He founded his own firm, In Touch Networks, after spending nearly two decades in the corporate world. In Touch’s most recent venture has been working with a start-up to develop portable oxygen generators.

During his years at Wright State, where he earned his bachelor’s and master’s degrees, and Northwestern University, where he earned his M.B.A., Bedi learned the interpersonal and leadership skills he needed to succeed as a biomedical engineer and a businessman. This enabled him to bring people with different perspectives together. The companies he worked with have benefited from his understanding of the health care industry, from product development to regulatory compliance. His understanding of process and ability to build relationships has helped him craft a unique place in the industry.

Many of his years spent building relationships were at AtriCure, Inc., providing cutting-edge technologies for atrial fibrillation patients. Bedi’s ability to develop healthy, trusting relationships, and create high-performing, cross-functional teams helped build AtriCure into a global leader in health care. Bedi worked globally with regulators to ensure their products met stringent standards before they hit the market. His leadership enabled AtriCure to become one of the first medical device companies to achieve certifications in the Medical Device Single Audit Program.

As a member of Wright State’s biomedical engineering department’s External Advisory Board, Bedi has leveraged his contacts within the industry to help current Wright State students secure internships and jobs in the field. 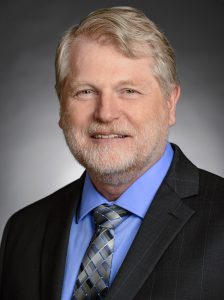 Brian Dawson, Ph.D. ’86, is the director of clinical laboratories with the division of human genetics at Cincinnati Children’s Hospital Medical Center. His path to this role was a winding one, not at all where Dawson expected to be when he began his career. His exploration of science started with biology, which led him to chemistry. The combination eventually brought him into the clinical side with a focus on molecular genetics.

His journey through Wright State provided more than a degree. Dawson was part of the second class for the biomedical sciences program, already moving toward chemistry as a focus for his studies. When Dawson worked with one of his professors on a project about the degradation of insulin, he knew he had found his calling. After earning his Ph.D. at Wright State, Dawson went on to study clinical chemistry and clinical molecular biology at the Mayo Clinic in Minnesota.

One of his career highlights was working with pediatric pathologists, clinical laboratory scientists, and other experts to develop an analysis that delivers quantitative results, helping doctors calibrate the treatment for children receiving organ transplants. These results helped ensure that the procedure would not result in secondary medical issues, but was aggressive enough that the body accepted the new organ. Dawson’s understanding of the clinical need for the tests, his technical expertise in creating them, and business sense on how to make them viable for use in hospitals fulfilled a pressing need in the medical field.

Dawson’s work also includes helping the next generation of clinical and medical workers. He encourages them to both understand the discipline they are entering and to be curious and open to new and varied opportunities. That is how he discovered his talents and how he has improved the lives of many. 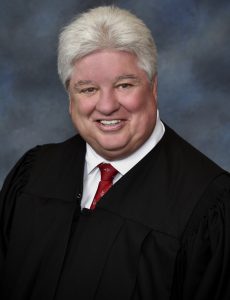 Judge Richard Skelton ’84 forged his own path through the legal world. He has presided in the Montgomery County Common Pleas Court since taking office in 2015. This accomplishment came after a successful career as a trial lawyer, spending over three decades honing his craft in the legal profession before beginning to serve the county he was born and raised in.

Judge Skelton’s path to the bench touched all aspects of law. His first years at Wright State were a time of exploration, and one thing he discovered is that he wanted to work for himself through a trade. That realization led him to Clark State and a major in court reporting, showing him the ins and outs of the legal system and how it could be the right place for someone who wanted to help people. When he began to internally question how lawyers were handling their clients, Skelton knew he wanted to return to school for law.

He also knew that returning to Wright State would mean pushing himself. After working full time and going to school full time for a few years, Skelton graduated with scores high enough to earn a place at the University of Dayton School of Law. By the fall of 1988, there was a new lawyer in Dayton.

During his 25 years as a trial lawyer, Skelton accepted a wide variety of cases.

He believed every case was important for the person being defended. During one of these trials, he disagreed with how the judge handled the case. He ran against that judge in the 2014 election and won, elevating himself to the bench where he currently presides. Something he preaches to this day, to juries and new lawyers alike, is that everyone in court deserves a fair trial on a level playing field.

This article was originally published in the fall 2020 issue of the Wright State Magazine. Read more Class Notes at wright.edu/alumnimag.