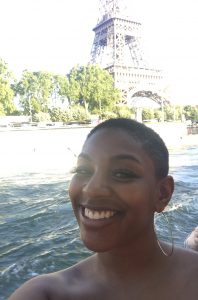 While teaching in France Jaelah Thomas hopes to improve her French and be the best foreign language teacher she can be.

Four Wright State University graduates, selected in a highly competitive program, are headed to France to work for the French government teaching English to schoolchildren.

Three graduates of the French program and an English graduate earned spots in France’s Teaching Assistant Program (TAPIF). They also were given a special exemption that enables them to travel to France despite a travel ban on Americans because of the COVID-19 pandemic.

“We are pretty proud of these awesome graduates,” said Kirsten Halling, professor of French. “Usually they would have found out where they were going in April and would have their visas by now, but with the pandemic nothing was very sure so they had been pretty stressed out.”

Mills graduated in May 2019 with a bachelor’s degree in French and a minor in women, gender and sexuality studies. She plans to pursue graduate studies in French literature and education.

“During my time abroad, I am hoping to refine my teaching skills and improve my French,” she said. “My biggest hope is that this program will open doors for my career in the future.”

“Every single one of these courses played a role in preparing me for TAPIF,” Mills said. “They supplied me with the cultural knowledge, vocabulary and speaking skills that I will need to be successful in this program.” 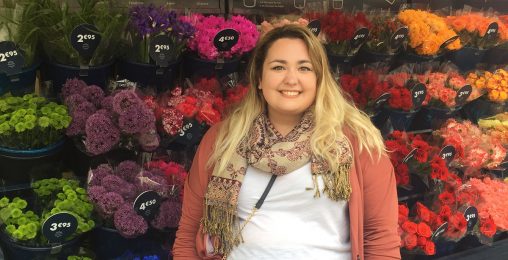 Emma Mills, who graduated with a bachelor’s degree in French, plans to pursue graduate studies in French literature and education.

Harter went to France in 2019 as part of the ambassador program and spent time in a middle school helping French students learn English. He graduated in May with bachelor’s degrees in French and English with a concentration in Teaching English to Speakers of Other Languages (TESOL).

“The French department at Wright State did a fantastic job of making me feel prepared by elevating my French beyond a purely conversational level by introducing me to a variety of subjects in French,” he said.

In the TAPIF program, Harter hopes to gain valuable first-hand teaching experience, sharpen his French language skills and start building a network of contacts and mentors who can help him further his career goals.

Thomas hopes to improve her French and be the best foreign language teacher she can be.

“My professors at Wright State pushed me to do my best and gave me all of the necessary resources to succeed,” she said. “Anytime I considered doing anything, they would always have the right programs for me to look into or they knew the right people for me to talk to.”

The program is run by the French Ministry of Education and the Cultural Services of The French Embassy. It is for Americans between 20 and 35 years of age who want to teach English in France and places them as assistant English teachers in elementary and secondary schools throughout France.

Assignments are seven months long and run from October through April. Participants work 12 hours a week and receive a stipend, health insurance, and a long-stay work visa covering the duration of their assignment.

Lucente graduated in May with a degree in English with a concentration in TESOL and a minor in French.

“I hope to get much better at speaking French,” said Lucente. “It will be a great cultural experience. I’ll get to see more of the world. And my goal is to be an English as a second language educator, so teaching English in a foreign country will go a long way toward achieving that.”