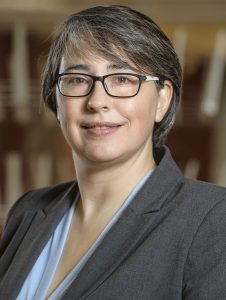 Ashley Hall, co-director of the New Media Incubator and associate professor in the Department of English Language and Literatures.

They received the honor in the Children/Youth/Teens category for producing the ThinkTV children’s science show “Speakers and Beakers.”

Student-interns from the New Media Incubator (the Inc) worked as camera operators, editors, voice actors and extras on “Speakers and Beakers.”

The Inc is a digital media production and innovation hub at Wright State. As a teaching and learning endeavor, the Inc is led by faculty from the Department of Communication and the Department of English Language and Literatures.

Hall, associate professor in the Department of English Language and Literatures, received the 2018–19 Presidential Award for Faculty Excellence: Early Career Achievement. She is the director of Writing Programs and co-coordinates an interdisciplinary certificate in digital media and writing. She has also served as a faculty partner for the Student Technology Assistance Center (STAC) in developing 3D printing technology, served as a service-learning partner for an Advanced Social Media Marketing and Branding class in the Department of Communication, and regularly teaches service-learning courses. 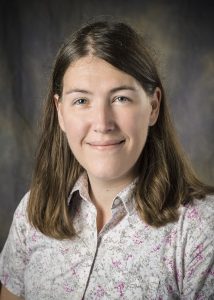 Jennifer Ware, co-director of the New Media Incubator and associate professor of communication.

Ware is an associate professor in the Department of Communication and co-coordinates an interdisciplinary certificate in digital media and writing. During her 20-year career in the media industry, Ware has been on the leading edge of digital storytelling and innovation in media production, winning national awards for her work. She received the 2020 College of Liberal Arts award for Outstanding Researcher.

Ware and Hall praised the crew who contributed to the success of “Speakers and Beakers,” many of whom were Wright State students-interns at the Inc: