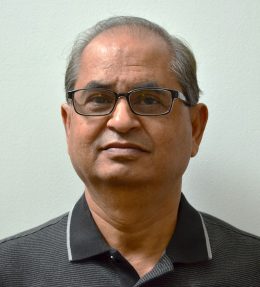 Abinash Agrawal, a professor of earth and environmental sciences, is among 12 environmental scientists from nine universities across the state who have been asked to serve on the council. The panel is designed to be a sounding board about the best ways to preserve and safeguard Ohio’s natural resources.

Agrawal’s technical expertise is in the area of characterizing soil and groundwater contaminations and developing site clean-up and remediation approaches.

“This is not a blue-ribbon committee set up to make people feel good about the environment,” Yost said. “I take my duty to protect Ohio’s natural resources seriously, and the scientists we’ve enlisted to share their expertise and counsel will help me accomplish this effectively and smartly.”

Agrawal, who has been studying groundwater for more than 25 years, teaches courses that look at an in-depth study of the sources, transformation and the fate of contaminants in groundwater and its remediation techniques. Serving on the attorney general’s council is an honor and an opportunity to contribute, he said.

“I will work with outstanding colleagues on this council,” he said.

Agrawal earned his master’s degree in environmental engineering and Ph.D. in geological sciences. He held postdoctoral research fellowships at Geological Survey of Canada at Bedford Institute of Oceanography in Dartmouth, Nova Scotia, and then at Oak Ridge National Laboratory in Tennessee. He joined the faculty at Wright State in 1995 as an assistant professor.

Agrawal says water quality in Ohio is impacted by pollutants that originate from widespread industrial activities and massive use of farm fertilizers. In addition, he said, water quality is threatened by a new category of chemicals called emerging contaminants.

They include Polyfluoroalkyl substances, or PFAS, which experts have said is a major threat to drinking water. The so-called forever chemicals can be found in firefighting foam, water-repellent fabrics, nonstick products, waxes, polishes and some food packaging, according to the U.S. EPA.

In a collaborative study, one of the Agrawal’s Ph.D. students completed a study at the at the National Risk Management Research Lab of U.S. EPA to examine the variations of PFAS in treated wastewater obtained from several U.S. sites. The student also developed a safe catalyst to rapidly destroy PFAS in groundwater.

Yost said he wants to build a team that anticipates problems and proposes solutions before any negative environmental effects play out. The council will meet with the attorney general and the leaders of his Environmental Enforcement Section.

Co-chairing the council is Christopher Winslow, director of Ohio State University’s Ohio Sea Grant and Stone Lab, and Jon Sprague, director of science and research for the attorney general’s office.

“Many of the members of this council are active in the field, conducting vital research on important environmental issues,” Winslow said. “I applaud Attorney General Yost for bringing these scientists together and for his commitment to using science to inform environmental policy decisions.”