DDN guest column: Populism on the menu, no matter who wins this election 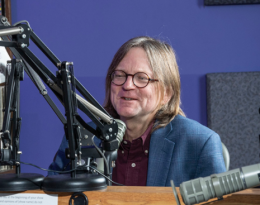 Sean Wilson, is a professor of political science in Wright State University’s School of Public and International Affairs.

Experts like myself are often asked what a Biden or Trump victory will mean for American politics.

Everyone will have a victory narrative for sure. But my answer is about something that greatly troubles me: populism.

Simply put, both sides are afflicted with a social fever that won’t go away, no matter who wins.

Back in 2016 I remember this political narrative: Republicans had become dysfunctional in national elections. With polls showing Hillary’s lead in the comfort zone, and with center-left Democrats having won five of six national popular votes, doom seemed paramount again for the Grand Old Party.

And experts said that right wing populism was the cause. The boisterous conservative talk radio, the Tea Party stuff, liberty conservatives, the evangelical pro-lifers — all of this simply became too socially vociferous in the eyes of professionals. To outsiders, the party looked like a bunch of wing nuts.

And then it happened: Trump won.

And like everyone else, I had to sit down and re-evaluate political life. I had always thought that radio politics could only tear down its opposition, not build a national consensus. It was just a grumpy side-operation that had run astray, I had thought.

The lesson I learned was that conservative populism is both functional and legitimately powerful in the American political system. It not only can take over a party, it can win a national election.

And the same lesson applies to Democrats. They, too, have experienced an outbreak of a thorny version of themselves. It’s just not on the radio.

This version is no less populist; it’s the same sort of brazen fundamentalism, only in a left wing form.

One key difference, of course, is that Democrats keep defeating their thorny incarnation in the primaries.

Biden, like Hillary, is a center-left politician who soundly defeated the more ardent liberals in the nomination battle. The Bernie crowd isn’t a majority even among Democrats.

But the problem is that this isn’t the end of the story. The social fever is still “out there.”

Left wing populism took over the Democratic party platform and currently hides in powerful spaces both within Congress and the party machine. And It will definitely try to influence public policy. How Biden would navigate this challenge is something that remains to be seen.

But no matter how you cut it, red meat is on the menu somewhere. It’s just that one restaurant advertises it, blatantly, while the other is a little uncertain about where it fits on the menu.

Sean Wilson is a professor of American politics at Wright State University where he teaches the American presidency.

View the original column at daytondailynews.com