Boonshoft School of Medicine grad is physician, teacher and entrepreneur 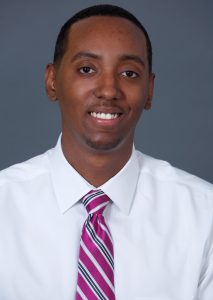 Boonshoft School of Medicine graduate Adrian Baudy IV is associate program director and assistant professor for the Department of Nephrology and Hypertension and clerkship director of the clinical diagnosis course at Tulane University School of Medicine.

After earning his Doctor of Medicine from BSOM, Baudy completed an internal medicine residency at Tulane University School of Medicine in his native New Orleans. He then completed a fellowship at Tulane in nephrology, the study of the kidneys.

In the 11 years Baudy has been at Tulane University School of Medicine he has held many teaching positions and professional appointments. Baudy’s teaching experience goes back to his time at BSOM, when he was an instructor and counselor with the Horizons in Medicine Program, which introduces Dayton-area high school students to careers in medicine.

Baudy is currently associate program director and assistant professor for the Department of Nephrology and Hypertension and clerkship director of the clinical diagnosis course at Tulane. His other teaching roles include lecturer for internal medicine clerkship and primary care track, renal module director and internal medicine sub-internship director. He is co-director of the M.D./M.B.A. program and a small group leader, responsible for leading discussions on nephrology topics with medical students and residents.

He also serves as a clinical instructor and assistant professor of nephrology with Tulane Medical Group, seeing patients and overseeing fellows, residents and medical students. He is a physician in nephrology with Southeast Louisiana Veterans Health Care System and is medical director with DCI Gentilly Dialysis Unit in New Orleans.

Baudy said the most satisfying part of his work at Tulane School of Medicine is working with students.

“That eureka moment when the light bulb goes off in a student’s head, that they get it, makes it worth all the work and effort,” he said.

He also appreciates being able to help his patients. “They can see a doctor anywhere, but the fact that patients come to me means a lot,” he said

While at Tulane, Baudy has won numerous awards. He was honored in 2020 by medical students with the School of Medicine OWL Club, Phase 2 Innovation Award, recognizing him for his innovations as an instructor. He has been voted by students as one of the best facilitators and been recognized for his teaching skills almost every year since 2016. Other recent awards include the Leon A. Weisberg Award for Excellence in Clinical Teaching, the School of Medicine Internal Medicine Professionalism Award and the Gloria P. Walsh Award for Teaching Excellence, which honored not only his excellence in teaching but also his high ethical standards.

Baudy has been published and presented multiple times. He’s presented at the American College of Physicians National Conference and most recently at the Tulane Office of Medical Education Day poster presentation. His most recent publication contribution is “Perceptions of nephrology among medical students and internal medicine residents: a national survey among institutions with nephrology exposure.”

When asked how the Boonshoft School of Medicine prepared him for his career in medicine, Baudy said the exposure to team-based learning was crucial.

“I think the Wright State University Boonshoft School of Medicine’s use of team-based and problem-based learning was ahead of its time,” he said.

“Wright State University Boonshoft School of Medicine was a pioneer in team-based learning, and it seems that a lot, if not most, of the medical schools around the country are following this model,” Baudy said.

Another role that keeps Baudy busy is serving as CEO of Doc’s Salt-Free, a line of low-sodium hot sauces, salad dressings, seasonings and barbecue sauce.

As a nephrologist and board-certified hypertension specialist, Baudy spends a lot of time providing dietary counseling to patients, who often do not add salt to their food but put hot sauce on everything.

“Living in New Orleans you learn to ask how much hot sauce and other condiments patients are using on their food,” Baudy said.

In response, he developed a low-sodium hot sauce for his patients.

“They loved it,” said Baudy. “They would come back every visit and say, ‘Hey, can I get another bottle?’”

When he realized he had something going with the hot sauce, he founded Doc’s Salt-Free in 2016. Already enrolled at the time in the M.B.A. program at Tulane’s A.B. Freeman School of Business, he signed up for a new product development course for assistance in his entrepreneurial endeavors. Baudy earned his M.B.A. in 2019.

“I’ve always liked creating things, I even created a few apps when I was in residency and fellowship,” Baudy said.

One such app, The Man’s Closet, helps men put together shirt and tie combinations.

One thing Baudy says he learned as an entrepreneur is that “it’s not that problems can occur, but that they will occur. I’ve learned that if you think outside the box, there is always a solution.”

When not involved in his duties as clinician, instructor and entrepreneur, Baudy enjoys spending time with his family. “I try to spend as much time outside of work as I can with my wife and three children,” he said.