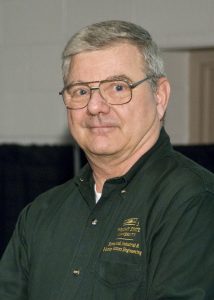 Nov. 21 marked the 50th anniversary of the Son Tay mission. Many of the surviving raiders had planned to gather to commemorate the effort and remember their compatriots who have died over the years, but the gathering was canceled because of the COVID-19 pandemic.

Kender said it is hard to believe that a group of undaunted warriors who could not be stopped 50 years ago by AK-47s, anti-aircraft artillery, surface-to-air missiles and supersonic MIG -21 fighter aircraft were prevented from reuniting by an invisible enemy.

“I thought sharing the account with my Wright State colleagues might take some of the sting out of the disappointment of not physically sharing a toast with my fellow warriors,” he said.

On Nov. 21, 1970, a group of volunteers from the Army Green Berets and Air Force Special Operations Forces launched the raid to rescue 61 U.S. military prisoners-of-war thought to be held captive at SonTay on the banks of a river 23 miles west of the North Vietnamese capital of Hanoi.

More than 100 U.S. warplanes took part in the pre-dawn raid. Kender, then an Air Force captain, was an electronic warfare officer crewmember aboard one of the two Combat Talon C-130 special operations aircraft that led four HH-53 helicopters, an HH-3 helicopter and four single-engine propeller-driven A-1 Skyraiders into the prison compound area.

Although the prisoners had been moved and the raiders found an empty camp, it was reported that the audacity of the heroic attempt stunned the North Vietnamese and dramatically improved the living conditions and treatment of the prisoners.

In recognition of their heroism, Kender and his fellow warriors were awarded the Silver Star, the nation’s third-highest decoration for gallantry. The raiders were also honored by the U.S. Senate and House, which jointly issued resolutions commending them for their “courageous and unselfish participation in a humanitarian mission of mercy.”

Kender retired from the Air Force as a lieutenant colonel in 1988 and joined the Wright State faculty in 1992. He retired from active classroom teaching in 2017 as a senior lecturer of engineering, emeritus. He currently serves as an adviser for Capstone Senior Design Project teams in the College of Engineering and Computer Science.