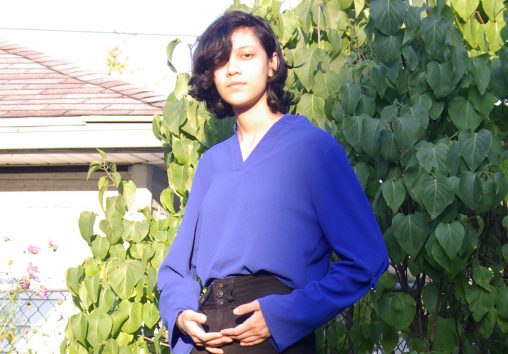 Wright State sophomore Kalyani Chattopadhyay was inspired to pursue neuroscience by her mother.

Neuroscience is the scientific study of the structure and function of the human brain and nervous system. Kalyani Chattopadhyay is all about it.

The Wright State University neuroscience major first became interested in becoming a physician with the thought of helping her mother, who still suffers from the aftereffects of a car accident she had in her teens.

Chattopadhyay grew up in Cincinnati, graduating from the Cincinnati Virtual/Digital Academy in 2019.

She says much of her life has been spent on the “cusp of poverty.”

“It’s a delicate balance hard for any human to control,” she said. “But I feel like it has been instrumental in shaping my experience of life and my views on it.”

A sophomore in the College of Science and Mathematics, Chattopadhyay’s goal is to attend medical school following graduation.

She has been active outside the classroom, participating in the Neuroscience Club, the National Society of Collegiate Scholars and other leadership organizations. She also tutors.

Her hobbies and outside interests are extensive, from painting and drawing, video gaming and cooking to sewing, thrifting and occasionally playing the violin.

“Wright State has everything I was hoping for within the neuroscience major — a good foundation for medical studies, opportunities for research/networking and a focus on brain/brain-related professions and research,” she said.

Kathrin Engisch, associate professor of neuroscience, cell biology and physiology and interim dean of the College of Science and Mathematics, said she noticed Chattopadhyay in her class Introduction to Neuroscience Research.

“Kalyani right away understood the logical links between different research articles,” said Engisch. “When she and her groupmates were working on their project, I watched as she guided the group in developing their experiment to test if exercise could reverse the neurodegeneration in Huntington’s disease. I could see she was a natural researcher, even though she had never had any research experience.”