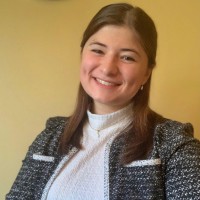 Hannah Weisgerber, a Wright State senior, is a founding member of the FSC, and has taken her passion for the environment back into the classroom. CONTRIBUTED

A small group of Fairborn citizens, including a current Wright State University student, are working slightly outside the beltway to find ways to make the city more environmentally friendly.

The civilian-run Fairborn Sustainability Committee (FSC) has partnered with local college students, including one senior at Wright State, to bring energy efficient and economically feasible projects to the city.

Founded in July 2020, the FSC aims to improve Fairborn’s existing infrastructure environmentally, socially, and economically by fighting pollution, increasing energy efficiency, and increasing cost effectiveness of those solutions. The FSC is also dedicated to raising awareness of environmental issues and community solutions to those problems.

Hannah Weisgerber, a Wright State senior, is a founding member of the FSC, and has taken her passion for the environment back into the classroom.

Weisgerber is pursuing a dual degree in political science and international studies, with a minor in Spanish. Currently, she is planning to study abroad in Chile this summer before her graduation in August, pending the state of the coronavirus pandemic.

She is currently doing an internship with the FSC studying potential ways for the city to implement a community composting program.

The internship, which she is taking for college credit, involves researching similar programs in other communities, including a case study in Italy, and conducting a survey of Fairborn residents about whether or not they are interested in recycling their unwanted produce. The potential outcome of this project is converting food waste from the city’s residents and turning it into fertile soil for farmers or city residents.

Weisgerber’s passion for the environment developed particularly in college.

“I can’t say I was even very environmentally aware until I turned 18,” she said, now 21. “We always recycled and I’d pick up litter around my house. But my last year of high school, there was something about the Earth and life I was really drawn to.”

Weisgerber, a vegetarian, was moved to become more active in environmentalism after having discussions with peers and doing her research.

“I have a deep respect for life,” she said. “I had a lengthy discussion about veganism with a friend, and started to look at things in a more critical light.”

Weisgerber moved to Fairborn two years ago, and has been involved with political science and environmental groups at school and in the community ever since. She is the president of the College Democrats at Wright State, is involved in Model UN, and volunteers with the Citizens’ Climate Lobby managing their social media. She also serves as Chief Policy Officer of WSU Student Government, and tutors other students in math.

In addition to her classmates at Wright State, her talents are helping the citizens of her hometown. One of the potential goals of the project is to keep the composted soil in the community for local use.

Despite being a small town, Fairborn has potential to not only become more energy efficient, but use that energy as stimulation for local commerce.

“Fairborn is – we are – taking steps in the right direction. We’re not going to solve the world’s problems in a day, but I can, for example, buy eggs from my neighbor and support his business,” she said.

“It’s a complicated issue, but like a lot of things, there’s always a solution,” she added.