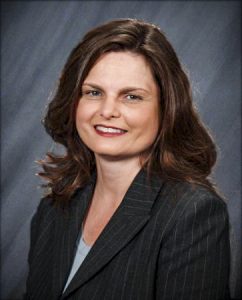 Before becoming a mainstay in the profession of corporate ethics and compliance, Kimberly Strong ’84 was a Raider through and through. Her roots are in the Miami Valley, growing up in Kettering. She earned her bachelor’s degree in industrial communications from Wright State in 1984.

“I think the thing that I most appreciated about my time at Wright State is that, in my major, we had terrific professors who looked for learning opportunities to make a practical application of what was going on in the classroom to what was going to happen in the business world,” Strong said. “You actually put into practice what you’re being taught in the classroom.”

In 1989, Strong earned her law degree at The Ohio State University. After working for several years as a civil trial attorney for Dayton Power and Light, Strong accepted a position at long-distance phone company LCI International, where she held the title of associate general counsel, continuing in that role with Qwest Communications after the acquisition of LCI.

Since 2012, Strong has had a prominent role at the New York–based Fortune 500 energy company Consolidated Edison, Inc., as vice president and chief ethics and compliance officer. 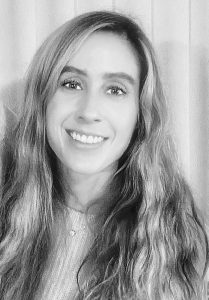 Erin Curro, Psy.D. ’14, ’16, ’19, a high achiever as a Wright State student, has gone on to become just as high of an achiever in her profession, psychology.

Curro is a licensed professional psychologist with the Center for Eating Disorders Management in New Hampshire. She recently accepted a new position in Boston as a director for intensive outpatient and residential programs for eating disorders.

Curro’s area of expertise in health psychology and in treating patients with eating disorders has been her passion since overcoming her own struggles with an eating disorder as a teen.

“To give back to the field that literally saved my life just feels really good,” she said.

While at Wright State, Curro earned a trifecta of degrees—a bachelor’s in psychology and a master’s and doctorate in clinical psychology from the School of Professional Psychology.

Curro credits Larry James, Ph.D., her dissertation chair and an instructor, for sharpening her skills. She also had praise for clinical supervisor Daniela Burnworth, Ph.D. There was one particular approach by Wright State’s psychology department that stood out to Curro, she says.

“What really set them apart was their emphasis on training multicultural competent clinicians,” Curro said. “That really gave me an edge and took my preparation as a psychologist to the next level. I’m indebted to them for that.”

While earning her degrees, she conducted an internship through the university’s Counseling and Wellness Center and also with the juvenile court in Miami County. Curro also received the Award for Excellence in General Practice while studying.

She is married to James Curro, a former adjunct faculty member at Wright State’s College of Science and Mathematics. Erin Curro is currently writing a book that offers advice to parents who have a child with an eating disorder. 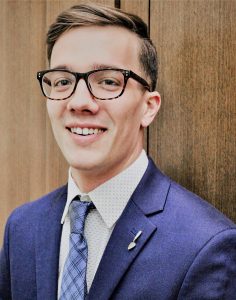 During his time at BU, Heneghan has been deeply involved with the one of the largest nonprofit environmental law firms in the country, Earthjustice. His work has primarily been with the tribal partnerships division. He has drafted memos for clients that incorporate federal, state, and tribal laws and looked into the protection of cultural resources for mining permit litigation in Michigan.

“Decolonization and reparations have long been advocated for, but now they’re happening on a mainstream level,” he said. “It’s allowed me to explore something I’m genuinely interested in from an academic and legal standpoint.”

Heneghan graduated from Wright State in 2016 with bachelor’s degrees in biological sciences and anthropology. While pursuing a master’s degree, which he earned in 2018 at Illinois State University, Heneghan was taught and mentored by fellow Wright State alumnus Logan Miller, Ph.D. ’08. Together, they co-authored an article for the Journal of Ohio Archaeology in 2018.

It was during one of Miller’s ethics and law classes that Heneghan altered the path of his studies to allow him to advocate for the reparations of Native American cultural heritage items to their originating communities.

“We talked about what it means to be an ethical archaeologist and some of the laws that are there and aren’t,” Heneghan said. “I really got interested in protecting cultural heritage belongings and insights. That’s really what pushed me toward law school.”

This article was originally published in the spring 2021 issue of the Wright State Magazine. Read more Class Notes at wright.edu/alumnimag.