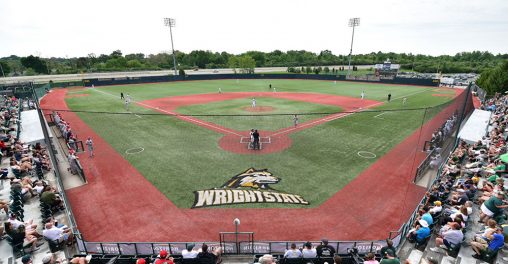 Regular season champion Wright State will begin the postseason on Thursday, May 27, when the top-seeded Raiders host No. 4 seed Milwaukee at 11 a.m. in the opening game of the 2021 Horizon League Championship at Nischwitz Stadium.

The Raiders, who locked up the regular season title on May 8, enter the tournament with a 32-11 overall record and riding a nine-game winning streak. Wright State has won 18 of 19 since mid-April and finished with a 28-4 mark in Horizon League play this season. The Raiders were 18-1 in home games at The Nisch this season.

Thursday’s other first-round matchup will feature No. 2 UIC and No. 3 Youngstown State in a game slated for a 3 p.m. start at Nischwitz Stadium. UIC enters the postseason with a 29-16 overall record and a 28-11 league record, while Youngstown State is 32-22 overall with a 24-16 mark in the Horizon.

The championship game is slated for Saturday, May 29, at noon, with the “if necessary” game to follow.

All games of the 2021 Horizon League Championship will air on either ESPN3 or ESPN+, with live stats available to follow the action as well.

Tickets will be sold for the championship, with spectators asked to stay in their family groupings and maintain social distancing. More information on tickets is forthcoming.