Dave Deptula ’80 will serve as chair of the foundation's board

The Wright State University Foundation has appointed six new trustees to its board, effective July 1, 2021.

“We are honored to welcome these outstanding business and community leaders from the Dayton region and beyond,” said Scott Rash, president and CEO of the Wright State University Foundation. “We appreciate their willingness to volunteer their time and talents to the Wright State University Foundation Board of Trustees. They will provide outstanding service to the foundation, the university and our students.” 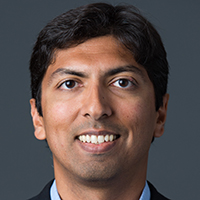 Anupam Bedi is a two-time graduate of Wright State University with a Bachelor of Science and Master of Science in biomedical engineering. Bedi has become a leader in the health care and medical fields, blending his technical knowledge of the industries with his understanding of strategic planning to lead businesses to successful outcomes. He founded his own firm, Andean Advisory, after spending more than two decades honing his skills in the corporate world. Bedi is also a serial entrepreneur and connected with several new technology ventures. 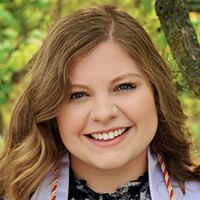 Emily Bundesen is a graduate student in Wright State’s College of Liberal Arts, where she is pursuing a master’s degree in public administration. Bundesen graduated from Wright State in May 2020 with a bachelor’s degree in business management and a certificate in human resources. She currently serves as a graduate assistant for the Wright State Alumni Association and the Office of Annual Giving. Bundesen will be one of two Wright State students serving on the Foundation Board of Trustees. 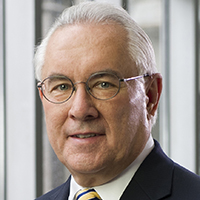 Michael Daniels recently retired from the Pittsburgh-based Oxford Development Company, where he led their commercial real estate brokerage division for more than 37 years. He is currently vice president of the board of trustees for the ALS Association of Western Pennsylvania and secretary of the Pittsburgh Public Theater Board of Trustees. Daniels also serves on the board of the Three Rivers Arts Festival. He provides oversight to the M. Patrick Daniels Fund at the Pittsburgh Foundation, which honors the memory of his late son, Patrick, a 2000 graduate of Wright State. 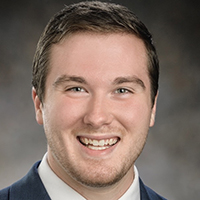 Jacob O’Connor is a junior at Wright State, where he is pursuing a bachelor’s degree in communication. At Wright State, he has served as an orientation leader for incoming students. He has also worked as a student retention associate, helping students set up appointments with their retention officer and checking in with students weekly on their well-being. O’Connor hopes to pursue a master’s degree in public history and he aspires to work in the nonprofit sector. 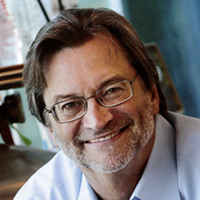 Marc Porter is a two-time graduate of Wright State with a Bachelor of Science and Master of Science in chemistry. He is currently a distinguished professor at the University of Utah, where he is a member of the chemical engineering, chemistry and pathology departments. Porter is also director of the Nano Institute of Utah, which integrates researchers across Utah and the surrounding region into core research focus areas to address emerging questions in human health, energy and the environment. 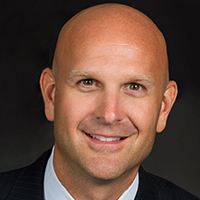 Jon Ramey is a 1995 graduate of Wright State with a bachelor’s degree in financial services. As a member of the Wright State men’s basketball team, he was instrumental in the Raiders’ win over Xavier in the 1995 Midwestern Collegiate Conference tournament quarterfinals. Ramey currently serves as managing director and market head of the Ohio Indy Market at UBS Financial Services.

For the next two years, the Wright State University Foundation Board of Trustees will be led by Dave Deptula, who will serve as chair. 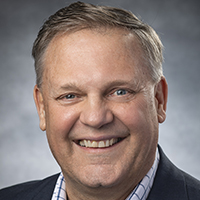 Deptula, who graduated from Wright State in 1980 with a bachelor’s degree in accountancy, has served on the foundation board since 2014. He was instrumental in creating the foundation’s Students First Fund, which provides grant money for projects at the Dayton and Lake Campuses that support student success, recruitment, retention, and community and campus relationships.

“I look forward to leading a diverse and talented board,” said Deptula. “We plan to grow and expand the foundation resources to more fully assist students from the Dayton region and beyond to obtain an affordable, quality education.”

Deptula, who is a CPA and licensed attorney, credits Wright State for laying the groundwork for his long and successful career.

“My education at Wright State prepared me extremely well for my continued legal education and professional career thereafter,” said Deptula, who is vice president for legal and special projects at Dayton Freight Lines, Inc. “Quite frankly, I would not be where I am today without that quality Wright State education and the many caring and dedicated faculty who helped me along the way. I am so pleased to have this opportunity to give back by serving as chair of the foundation.”

With the arrival of the new trustees comes the departure of five trustees who are completing their service to the board: Michael Bridges, owner and chief growth officer at Peerless Technologies; Travis Greenwood, president and CEO of the Greentree Group; Gene Leber, owner of the Leber Family Foundation; and student trustees Aaron Brautigam and Lauren Macgregor, who both graduated from Wright State in May 2021.

“We are grateful to Michael, Travis, Gene, Aaron and Lauren for their contributions,” said Rash. “They have tremendous passion for Wright State University and our students. Even though they will no longer be serving on the foundation board, I know they will continue to support our students and serve as ambassadors for our great university.”