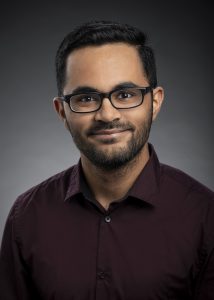 Wright State junior Rahul Shah was appointed for a two-year term on the Board of Trustees.

Rahul Shah, a biological sciences major at Wright State, has been appointed by Ohio Gov. Mike DeWine to serve as a student trustee on the Wright State University Board of Trustees.

Shah, a junior who also minors in business, was appointed to the Board of Trustees for a two-year term ending June 30, 2023. He replaces medical student Olivia Sneary, whose term expired June 30, 2021.

Shah is one of two student trustees on the board.

He said he consistently strives to better Wright State and positively impact the university through his work.

“Serving as a student trustee on the Wright State Board of Trustees will give me the opportunity to make a great, lasting positive impact on Wright State,” he said.

Shah is an active member of the Wright State community. He serves as a lab assistant in the laboratory of Shulin Ju, Ph.D., associate professor of biological sciences. The laboratory’s goal is to determine the cause of genetic amyotrophic lateral sclerosis (ALS), or Lou Gehrig’s disease, and formulate a medicine to cure it.

He is also a peer tutor in Tutoring Services, assisting students with accounting and financial management courses. He said he is grateful for the opportunity to tutor students and to help them succeed in their courses.

He has volunteered at the Soin Medical Center for the last five years and volunteered in collaboration with C.J. McLin Jr. Honors Scholars Association for organizations in the Dayton community.