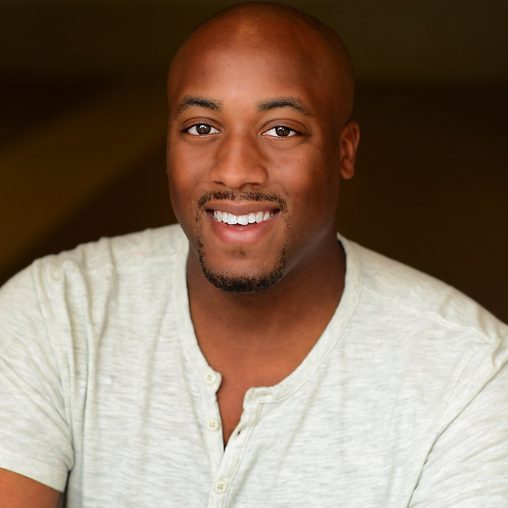 Tyrell Reggins credits his high school music teacher for inspiring him to pursue his love for performing.

Reggins, who graduated from Wright State University in 2015 with a bachelor’s degree in theatre studies, is now doing the same for a new generation of young people.

Reggins is the founder and artistic director of the Trinity Theatre Company, a youth performing arts organization and community theatre in Columbus.

He launched the organization because he saw a need for an accessible and affordable children’s theatre company that provides training for young people in his hometown.

“I love working with inner-city youth who have a passion for theatre or who are curious,” he said.

Reggins wanted to create a space for young people of color to learn about the performing arts from someone who looks like them.

“I believe that it is important for the students to see other people of color in the arts and thriving,” he said. “This will encourage them to go after what they want no matter what it is.”

Reggins’ goal is to develop the Trinity Theatre Company into an organization that helps its students reach their goals.

“I hope that we never lose sight of what is at stake when we take on students from rough communities,” he said. “I just see my company thriving in a good way and having kids that are excited about the arts.”

The Trinity Theatre Company also presents its own productions, including “Mirror Mirror” in April and “Ain’t Misbehavin,” which Reggins directed and performed in, in July. The company’s next season will feature Musical Theatre International’s “All Together Now” in the fall, a children’s play, a Black history production, and “Godspell” next summer.

Joe Deer, artistic director and distinguished professor of musical theatre, said the Wright State community should be proud of Reggins’ work in Columbus.

“I’m so happy to see Tyrell Reggins following his passion by starting Trinity Theatre Company,” Deer said. “He is answering a very important need, and I’m proud to call him a Wright State Theatre grad. I’m looking forward to great things coming from him and his company.” 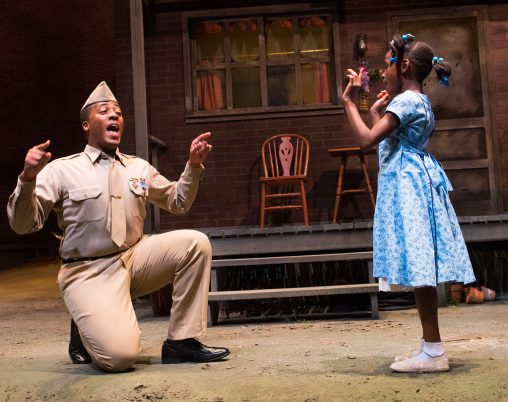 Reggins’ work with students is not limited to the Trinity Theatre Company. After graduating from Wright State, he was hired as the first drama teacher at a local charter school, where his students presented “The Wiz.”

He currently works at Cassady Elementary School in Columbus, where he started a drama club. His goal is to teach high school drama in Columbus City Schools. He has also volunteered to help high school students with their productions.

“I have a passion for building drama and theatre departments from the bottom,” he said.

While Reggins has been performing for as long as he can remember, he started taking it seriously during his junior and senior years at East High School in Columbus thanks to Elizabeth Carle, his high school music teacher.

“She came in and opened up a new world,” he recalled.

As a student at Wright State, Reggins performed in “Fences,” “Peter Pan,” “Romeo and Juliet” and “Les Misérables.”

He also performed in “Ragtime” at the Mac-Haydn Theater in New York State and “Sister Act,” “Dreamgirls,” “Footloose” and “Hair” in regional theatres in Ohio.

He credits the Wright State Theatre Program for showing him how to be resilient. He initially was unable to register for some courses, such as dance and voice, because of space limitations, but still found ways to take the classes.

The experience, he said, taught him “to push even when the odds are against you.”

“The Theatre Program also taught me that I do have something to offer this world and industry,” Reggins said. “I am still pretty hard on myself, especially when it comes down to my company, but I also realize that I am enough.”