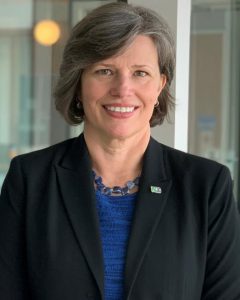 Delli-Gatti’s career has spanned two decades in challenging roles in both the public and private sectors with specialties including clean and renewable energy, climate change, sustainability, water quality and quantity issues, policy analysis, environmental justice, and governmental and congressional relations.

Prior to being named North Carolina clean energy director, Delli-Gatti served at the Environmental Defense Fund as the director of Southeast Climate and Energy. She led a team dedicated to finding market-based climate solutions that provide lasting carbon emissions reductions.

Previously, she worked six years at the regional office of the U.S. Environmental Protection Agency in Atlanta as a congressional and governmental liaison. She served as a senior advisor to the regional administrator for the EPA’s Southeast Region, responsible for high-profile external relationships and communications.

Her environmental experience also includes government service at the Ohio EPA and the City of Dallas as well as an environmental specialist at Turner Collie & Braden, Inc.

An Air Force veteran, Delli-Gatti holds a bachelor’s degree from Wright State and a master’s degree in environmental science from the University of North Texas. 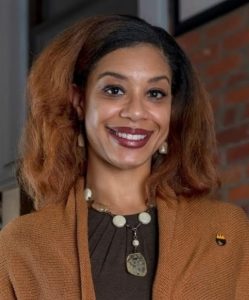 Jackson’s role will help introduce a new program to the foundation, to assure that pregnant women who are at risk of becoming or who are already homeless are assisted with stabilizing and maintaining their current or new housing to avoid entry into emergency shelter.

She has worked for numerous nonprofit organizations, including the Salvation Army and Goodwill Columbus. In these roles, she worked specifically with underserved populations displaced by emergency/disaster and with developmentally or intellectually disabled adults. In her new role Jackson says she is eager to increase local and national awareness of the mission of the Homeless Families Foundation and its groundbreaking work, using her own experiences of housing instability when she was a single mother living paycheck-to-paycheck.

“I do not take my responsibility lightly—I take it as an opportunity to give back to the community that has done so much for me,” Jackson said. “As a mother of three humans, I understand how housing instability can affect their physical, psychological, and emotional development. Taking care of this fragile and underserved community has become my mission and calling.”

After earning her bachelor’s degree in social work from Wright State in 2004, Jackson earned her master’s degree from Franklin University in 2009 and her doctorate from Capella University in 2018. Jackson lives with her husband and three children in Columbus. 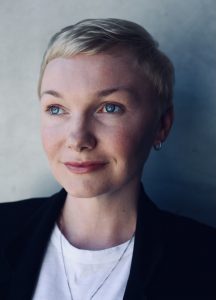 Wright State University motion pictures alumna Nicole Riegel made her directing debut with the release of “Holler,” the North American rights of which were acquired by IFC Films.

“Holler,” which Riegel wrote and directed, is a drama about a woman who joins a dangerous scrap metal crew to pay for college.

“’Holler’ has been an enduring labor of love that I’ve poured many years of my life into, and I am so thrilled that my first film has found a passionate and caring home in IFC Films,” said Riegel.

The film is set in southern Ohio, where manufacturing is dying out. A teenage girl joins a crew that works scrapyards during the day and steals valuable metal from factories at night. The young woman finds herself torn between a promising future offered by a college education and the family she would have to leave behind.

Riegel grew up in Jackson, Ohio, and served in the Army National Guard following high school.

She graduated from Wright State in 2009 with a bachelor’s degree in motion pictures, studying with Wright State filmmakers Julia Reichert and Steven Bognar. She then enrolled in the Master of Fine Arts writing program at the University of California-Los Angeles, where she honed her screenwriting skills.

Riegel said she came alive as a writer and director in Wright State’s Directing Lab, a 92-seat theatre available to students who want to rehearse or present their own theatrical productions.

Riegel is one of the directors Variety magazine said it was looking forward to hearing from in 2021.

“Writer and director Nicole Riegel could be one of the great discoveries of the year,” wrote Variety’s Clayton Davis.

This article was originally published in the fall 2021 issue of the Wright State Magazine. Read more Class Notes at wright.edu/alumnimag.