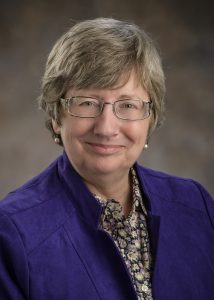 “Dr. Loranger’s record of teaching, scholarship and service points to the commitment to faculty development she will bring to the Center for Teaching and Learning,” said interim Provost Oliver H. Evans. “Her leadership experience as director of graduate studies in English, as chair of the Department of English Language and Literatures, and since 2018 as associate dean of the College of Liberal Arts points to her commitment to Wright State and her being well-versed in the processes and matters that form the core of the position of vice provost for faculty affairs.”

Loranger joined Wright State as an assistant professor of English in 1993 and became a tenured associate professor in 2000. She served as chair of the Department of English Language and Literatures from 2009 to 2018. She is also a former president of the Faculty Senate.

Loranger has built a solid record of successful teaching, research and service. Her teaching ranges across and beyond American literature, including courses in Ohio writers, American poetry, the works of Henry James, Melville’s “Moby Dick,” seminars in cultural periods, the Theory and Practice of Literary Criticism, and extending to Effective Written Discourse and Business Writing.

Her research links teaching and scholarship through such publications as “Character and Success: Teaching Sister Carrie in the Context of an On-going American Debate.” Especially noteworthy in terms of Dayton is her publication on Paul Laurence Dunbar, whom she examines with Edwin Arlington Robinson within the context of “outcast poetics.” Her reviews of books on American literature point to her recognition as a scholar whose expert opinion on other scholars is valued.

Loranger received the College of Liberal Arts Outstanding Professional Service Award in 2014 and was named Wright State’s Frederick A. White Distinguished Professor of Service from 2016 to 2019.