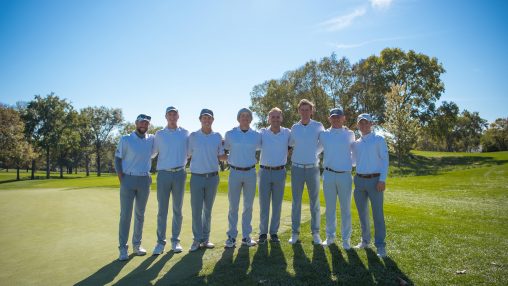 From high flying rebounds from the chairman of the boards to Bryce Haney’s downhill eight-foot putt on the 18th green to win a golf invitational, the Wright State Newsroom took you on a trip to the stratosphere to meet some amazing Raiders and covered exciting events in 2021.

Let’s tap into our favorite videos from the past 12 months:

Wright State music, musical theatre and visual arts programs joined together for Wright State Arts Live! A Celebration of Fine and Performing Arts on Sept. 16 at the Levitt Pavilion Dayton.

Chairman of the boards

The all-time leading rebounder at Wright State and one of the best rebounders in the country says there is a secret to his success: his teammate.

Wright State cut the ribbon on the new National Pan-Hellenic Council Memorial Plots, which are dedicated to students and alumni members of all nine historically Black Greek Letter Organizations, often referred to as the Divine 9.

Wright State police officers visited with dozens of children on Oct. 7 as part of Children’s Campus Week at Mini University.

Wright State alumni turn their dream into reality with a craft brewery in Xenia.