Miracle Makers to hold the ninth annual Raiderthon on April 9

Returning to its successful pre-COVID format, Wright State University’s Raiderthon will feature an in-person, 12-hour dance marathon to raise money for sick kids on Saturday, April 9, from noon to midnight in the Student Union Apollo Room on Wright State’s Dayton Campus. The event is open to the public.

“This event is loads of fun, but that’s only part of it,” said Gina Keucher, student activities program director. “The good that the money raised each year does for these kids and their families is incredibly impactful.”

At the dance marathon, members of the Wright State Miracle Makers celebrate the culmination of their yearlong fundraising efforts with dancing, games, guest speakers and live entertainment.

Visit raiderthon.org to make a donation or register to attend. A donation of $10 is required to register, with all proceeds going directly to Dayton Children’s.

Leading up to Raiderthon, fundraisers were held on campus throughout the year to support Dayton Children’s Hospital, including on March 14 (Pi Day), when Wright State Miracle Makers hosted Pi in the Face. A selection of employees and students were pied in the face, raising $500 during the event. 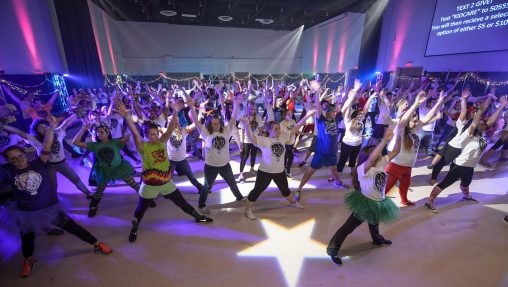 Raiderthon has raised awareness and over $380,000 for Dayton Children’s Hospital.