The art of selling through storytelling 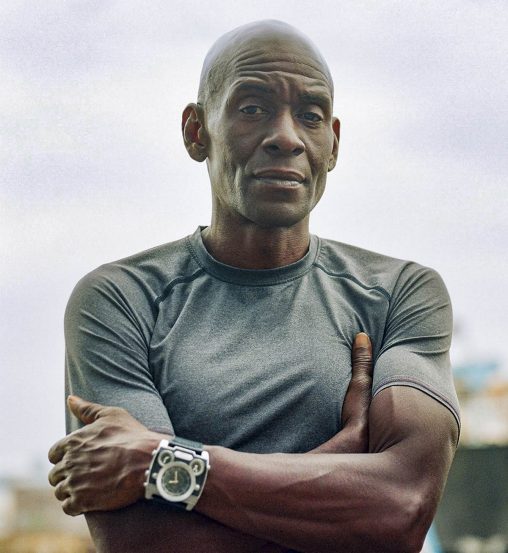 James Pearson ’89 is a purveyor of new technology. Through Wright State’s film program, he learned skills that have helped him work with celebrities like Michael Jackson and Oprah Winfrey. And he has launched successful companies like Audible and Razorfish.

Pearson is well known for helping emerging companies build global public relations plans that can bring the companies popularity and increase their subscribers by hundreds of thousands. Audible, which began as a small audiobook company, benefited from Pearson’s help. It was acquired by Amazon and grew into one of the largest platforms of its kind on the market.

When he began work for Razorfish, the company employed about five dozen people. As Razorfish’s popularity grew through Pearson’s help building awareness, the group hired more employees and extended their reach further with many acquisitions.

“Over two years, Razorfish went from an office of 60 people to tens of thousands of employees all over the world,” Pearson said.

In May 2021, Pearson began to work as a public relations specialist for EmitBio, a biotechnology company developing breakthrough medical devices that change how respiratory infectious diseases are treated. EmitBio recently was granted a patent for a device that uses light therapy to kill the COVID-19 virus.

“Companies come to me because I have a reputation of finding technology or science and breaking it out,” Pearson said. “I have a reputation, by the grace of God and because of what I learned at Wright State, to find something small and make it a global attraction.” 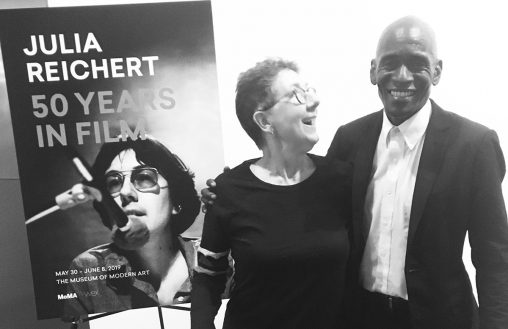 Pearson’s career began in film. He planned to go through Wright State’s film school, where he met Julia Reichert, Steven Bognar, and Jim Klein, legends of independent films. They became his mentors during his time at Wright State and throughout his career.

Pearson proudly displays his pass from the Jackson family reunion tour in his home. “People see the pass and they ask if I went to the show and I can say that I worked that show because of Wright State,” he said. “I got to hang out with Michael Jackson. That is not a normal college experience. My whole class had the opportunity to work on films by John Sayles [Eight Men Out] and meet industry experts, because of Jim and Julia. All during my time at Wright State.”

After Pearson graduated, Reichert and Klein encouraged him to apply for any internships he could find through IATSE (International Alliance of Theatrical Stage Employees). He had offers to join filming for Nickelodeon in Florida or filming car commercials in Detroit. He turned those offers down. “I just wasn’t going to film kids getting slimed,” he said. “I didn’t want to just film car commercials either.”

So Pearson headed for Chicago, where he found an opportunity to work for Oprah Winfrey. He visited Winfrey’s studio daily to ask for a job and to try to bond with anyone who might have been from Ohio. Winfrey eventually hired Pearson and he worked with her on an ABC series. 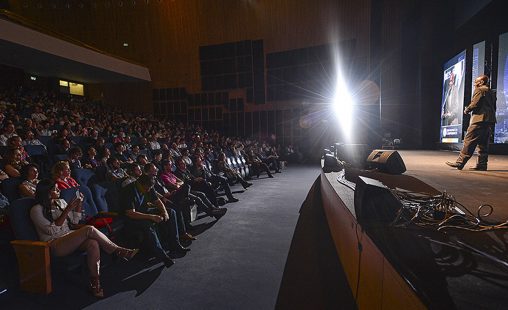 James Pearson credits Wright State with helping him develop the ability “to find something small and make it a global attraction.”

He is still in contact with Winfrey. Pearson said at a WeTV event, he assumed Winfrey would not remember him, but she welcomed him over and happily chatted with him.

“Oprah is the greatest boss I’ve ever had,” he said.

Pearson also worked with John Hughes to promote Home Alone as it opened. Each week, Pearson would tell Hughes how much the film made in theaters.

“Hughes was always excited to see me when I talked about money,” Pearson said.

Pearson, who lives in New York City, said he is incredibly glad to be a Wright State graduate and an Ohio native. Pearson said Wright State’s film program was difficult, but it encouraged him to work harder and see his potential.

“There’s a purity in people from Ohio; we’ll kill you with kindness,” Pearson said. “There’s something really beautiful in people from this state. We are humble, but we still have the power to create great success anywhere we work.”

Pearson said that coming from a smaller school encouraged him to work harder than someone who may have come from a bigger, more well-known university. He said that most, if not all, of his first work opportunities came from Wright State. He has voiced commercials and worked with multiple celebrities, all because of the opportunities Wright State gave him. 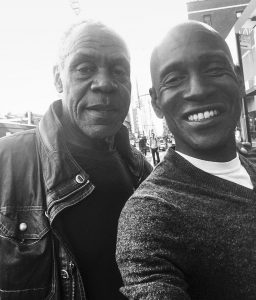 “People say youth is wasted on the young, but not at Wright State. It’s an undiscovered country,” Pearson said. “I want to be able to say kids can go to Wright State and end up with mentors like John Hughes, Oprah Winfrey, or Julia Reichert.”

He added, “I got to be part of a lot of really neat things in entertainment because of what I learned at Wright State. I learned to tell a good story. I learned to be truly innovative.”