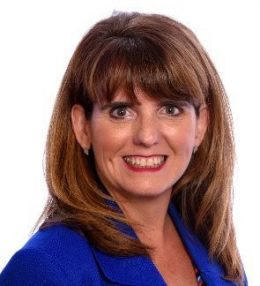 Beth Ferris, the chief financial officer of Belcan, LLC, and a Wright State graduate, has been appointed to the Wright State University Board of Trustees by Gov. Mike DeWine.

Ferris, of Springboro, was appointed to the nine-member Board of Trustees for a term ending June 30, 2025. She will fill the unexpired term of Sean Fitzpatrick, who resigned from the board earlier this year.

“I’m honored to be appointed to the Wright State University Board of Trustees,” Ferris said. “I received my MBA from Wright State and look forward to contributing toward its continued success.”

Ferris is a senior financial executive with more than 30 years of experience in labor and information industries.

She joined Belcan, which is headquartered in Cincinnati, as its chief financial officer in 2016.

She is responsible for leading the company’s finance and accounting organization, including planning and analysis, financial reporting, and various accounting functions. As an essential member of the executive team, she has developed both organic and acquisitive strategic initiatives for domestic and global expansion resulting in increased revenue.

Belcan is a global provider of highly technical labor outsourcing for the aerospace, defense, transportation, and industrial sectors. The company has more than 10,000 employees in 60 locations around the world.