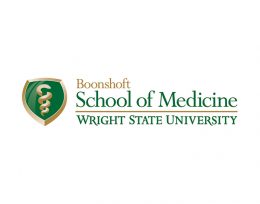 Birth rates rose 1% nationally in 2021 after taking a major hit in 2020, and the number of births rose in Ohio for the first time in at least six years, albeit at a slower rate, according to data from the Ohio Department of Health.

The number of births in the Dayton region declined very slightly in 2021, rather than bouncing back from a major dip in 2020.

The number of live births registered to all Ohio residents in 2021 increased by 0.4%, from 129,313 in 2020 to 129,862. In the Dayton region, they declined by 0.3%. By county, the rates fluctuated; in Greene and Montgomery counties, live births decreased, while they increased slightly in Miami County and significantly in Warren County, according to ODH data.

What’s behind Ohio’s slowed birth resurgence? No one factor is entirely responsible, but part of the answer could be that Ohio has a relative lack of young, working adults who are willing to have children, said Karen Guzzo, director of the Center for Family and Demographic Research at Bowling Green State University.

“What’s interesting about Ohio is that we’ve actually had more deaths than births,” Guzzo said. “And that’s not really interesting in a good way; we have kind of an aging population. We also have a fair amount of out-migration in Ohio. People leave Ohio, and it typically tends to be young adults, the people who would be having those births.”

Aging populations also make it difficult for smaller and mid-sized towns or regions like Dayton to expand and grow, Guzzo said.

“A lot of young people leave to go to college or even afterwards decide not to come back,” she Guzzo said. “Or they decide to go where the jobs are and where the housing is. Then you start to see economies, they’re already not thriving because they don’t have enough jobs, but then they don’t grow either.”

From 2009-2021 in Ohio, the number of live births per year has dropped by 14,707, according to the Ohio Department of Health. The decline can partially be attributed to the departure of major sources of employment from the state, such as NCR and General Motors, said Dr. David McKenna, Premier Health’s Medical Director of Obstetrical Safety & Quality.

“Starting back in 2010 or maybe a little bit earlier, there was an exodus of people that were of childbearing age,” McKenna said. “There weren’t a lot of incentives for young people to stay in Ohio. I think that’s pretty well documented that that occurred.” 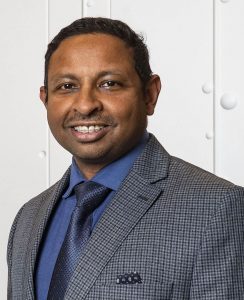 Since there are other factors contributing to Ohio’s birth rate trends, the numbers shouldn’t be expected to climb rapidly in the aftermath of COVID, according to Dr. David Dhanraj, Chair and Associate Professor of Wright State’s Department of Obstetrics and Gynecology.

“People said, ‘Well, you’ve got to get ready for a big, post-COVID boom of babies,’” Dhanraj said. “And I push back hard on that, because the birth rate in Ohio has been dropping.”

Brady Hamilton of the U.S. Centers for Disease Control and Prevention said the national rise in birth rates in 2021 was tied to COVID, and pregnancies that had been put off in 2020.

“These are births that were postponed,” said Hamilton, lead author of a new report on birth rates.

Another factor at play in Ohio could be the state’s increased focus on the prevention of unintended births, said McKenna. McKenna said that long-acting reversible contraceptives (LARCs) that give people more control over when they want to become pregnant have become more common in hospitals due to a law passed in 2017.

“Now, everyone who comes to Miami Valley Hospital has that offered to them,” McKenna said. “And what I’ve seen, and I’m sure the data supports, there is a big uptick in that, and patients are getting reversible contraception before they go home. And this is definitely going to be affecting the birth rate.”

The decision-making process to have a child is different for each person. Relationship, career, and financial status often play a role in that decision, Dhanraj said.

“People are making decisions based on their careers, finding the right person, then being able to do other things in their life, career-wise or travel-wise or other things they’ve been interested in,” Dhanraj said.

Nationwide, while births rose 1% last year, the number of babies born was still lower than before the coronavirus pandemic. In 2020, the U.S. witnessed the largest one-year drop in the U.S. births in nearly 50 years.

U.S. births had been declining for more than a decade before COVID-19 hit, and Dr. Denise Jamieson, chair of gynecology and obstetrics at Emory University School of Medicine, said she expects “small, modest decreases” to continue.

** Birth rates rose 1% for Hispanic women and 3% for white women. But they fell 3% for Black women, possibly reflecting the pandemic’s harsher impact on some racial groups, experts said.

** The U.S. once produced enough children (2.1 kids per woman) to replace the population via births alone. In 2020, that rate dropped to about 1.6, the lowest rate on record. It rose slightly last year, to nearly 1.7.