In 2021, Paul Boeckman of Washington Twp. joined the surge of people retiring during the COVID-19 pandemic, part of a record-breaking number of people of all ages quitting jobs in “the Great Resignation.”

But after a year, Boeckman realized he wasn’t ready to be done with work, and not because of the rising inflation or declines in retirement investments that are driving some other retirees back to jobs.

“I’m very lucky from a financial perspective,” said Boeckman, who in April accepted a part-time job as global business development leader at The Congruity Group in Dayton.

“It was all about being able to continue to contribute. A little bit of adding some purpose back in your days.”

The Great Resignation hit businesses hard in the Dayton region and nationwide. Local leaders say resolving the labor shortage is a top priority, and tackling that problem will “absolutely” be helped by retirees returning to the workforce, said Kettering Councilman Bruce Duke.

Duke sits on the governing board of the First Suburbs Consortium of Dayton, which last year issued a report on strategies for retaining and attracting skilled workers, a mission vital to the region’s economic well-being.

“Pre-pandemic, we were in a labor shortage, but not as drastic as it is right now,” said Doug Barry, president of BarryStaff in Dayton. “We knew the Baby Boomer thing was coming. The pandemic just accelerated it.”

Thirty-eight percent of people aged 50 and over who retired, left or considered leaving their job during the pandemic said they would not have done so were it not for the pandemic, according to a national survey by AARP released earlier this year. Twenty-one percent said they retired earlier than planned because of the pandemic.

“We have lost an awful lot of brain power with the people that have retired,” Barry said. “Knowledge has retired, and we need to get that knowledge, no matter what level it is, back.”

Former retiree Boeckman fit the bill for The Congruity Group, bringing vast experience, wisdom and business connections to the job, said Betsy Westhafer, the company CEO who connected with Boeckman via the Silver Is Gold initiative, which matches retired professionals with companies looking for workers.

“One of the beautiful things about somebody in his position that’s been retired looking for this encore career is I would never as a small business be able to afford somebody with his experience and expertise,” Westhafer said. “It’s such a great fit for a growing company like us to have somebody like that to really elevate our company and for somebody like him that is looking for something a little less high pressure, a little less full time.”

Unemployment hit a record 14.8% early in the pandemic, and the percentage of civilians aged 16 and over working or looking for work, known as the labor force participation rate, dropped to 60.2 in April 2020, a full 3.2 percentage points below the pre-pandemic rate in February 2020, according to the U.S. Bureau of Labor Statistics. 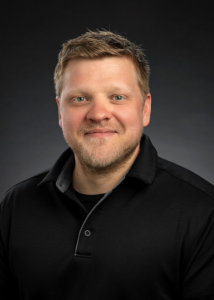 “What’s happened is the pandemic pushed people completely out of the labor force,” said Kevin Willardsen, associate professor of economics at Wright State University. “A larger percentage of older people have not re-entered the workforce.”

While unemployment has declined dramatically since the pandemic began, Willardsen said people who are older have remained out of the workforce relative to 2019 levels.

An analysis comparing retirement trends before and during the pandemic showed that “as of August 2021, there were slightly over 2.4 million excess retirements due to COVID-19, which is more than half of the 4.2 million people who left the labor force from the beginning of the pandemic to the second quarter of 2021,” according to a report by Miquel Faria-e-Castro, senior economist at the Federal Reserve Bank of St. Louis.

He attributed that to the particular danger COVID-19 posed to older people and the rising value of housing and stock assets that made retirement more feasible for some people.

The labor force participation rate for workers 55 and older was stable from 2012 to 2020, when it declined to 39.2. In April the rate was 38.9, even as the total number of employed people in that age group had reached pre-pandemic levels, according to an analysis of BLS data.

“Before the pandemic we had a lot of concern about the silver tsunami. About when will boomers all have a mass exodus from the workforce,” said Megan Gerhardt, professor of human capital management at the Miami University Farmer School of Business.

The pandemic created a new dynamic for those older workers who had perhaps planned to hold off on retiring.

“We had people who for health reasons or safety reasons felt like, ‘Well I was going to retire relatively soon, I’m just going to go ahead and do it now.’ We had people who were laid off because of downsizing and other issues like that,” Gerhardt said. “And then we had the people who, when it was time to go back to work had a moment where, not just the boomers but all of us, of saying, ‘Do I want to go back?’”