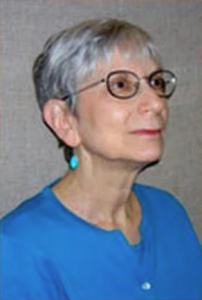 A retired longtime professor of art and art history at Wright State University has died.

Carol Nathanson died Thursday, according to a notice from the Jewish Federation of Greater Dayton, which was confirmed by the university.

Nathanson began teaching at Wright State in 1979, and in 2009 she was awarded the Honors Teacher of the Year Award. The student who nominated her for the award said she had a real passion for art, giving it “a refreshing point of view with her enthusiasm and wit.”

She specialized in modern and contemporary art, especially American/British connections, the announcement said, as well as issues relating to women artists.

She had been retired for several years, the university said.

The award announcement said that in addition to Nathanson’s professional publications and exhibitions, she served and consulted on many local and regional art boards, journals and panels. She earned an undergraduate degree from Mount Holyoke College and a doctorate from Johns Hopkins University.

Her funeral was at 11:30 a.m. Monday at Beth Abraham Synagogue, 305 Sugar Camp Circle in Oakwood.