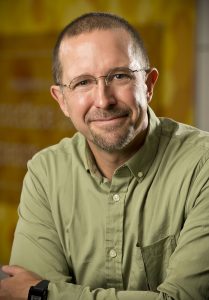 Michael L. Raymer was appointed interim dean of the College of Engineering and Computer Science.

He will replace Dean Brian Rigling, Ph.D., who is leaving Wright State for a position at another university.

“Dr. Raymer has been an exemplary member of the Wright State community for more than two decades,” said Provost Amy Thompson, Ph.D. “He has excelled in all aspects of his career and has been a consistent leader, teacher, and researcher.”

Rigling has been a vital member of the Wright State community since he joined the faculty in the Department of Electrical Engineering in 2004.

He served as dean and interim dean of the College of Engineering and Computer Science since 2018 and chair of the Department of Electrical Engineering from 2014 to 2018. He was named the Brage Golding Distinguished Professor of Research in 2016.

Raymer was appointed chair of the Department of Computer Science and Engineering in 2021 after serving as assistant chair of the department the previous year.

He joined Wright State in 2000 as an assistant professor in the Department of Computer Science and Engineering and was promoted to full professor in 2013. He is also a member of the faculty of the Biomedical Sciences Ph.D. program and the Environmental Science Ph.D. program.

Raymer co-developed the undergraduate program in bioinformatics at Wright State, the first such program in the nation to be funded by the National Science Foundation.

His research interests include machine learning, deep learning, topological data analysis, dimensionality reduction, feature engineering, and pattern recognition. He has published more than 75 peer-reviewed publications and published one of the first bioinformatics textbooks.

He has also attracted millions of dollars in research funding and supported large numbers of graduate student researchers.

Raymer has received numerous distinctions for his teaching proficiency and service to Wright State, including the Trustees’ Award for Faculty Excellence, the Robert J. Kegerreis Distinguished Professor of Teaching Award, the College of Engineering and Computer Science Teaching Award (twice) and the college’s Outstanding Service Award. He also received the Outstanding Engineers and Scientists Award from the Affiliate Societies Council of Dayton.

He has served as a faculty senator and as a member of the Research Council and the Graduate Council.

He is the co-founder and senior systems engineer of Forensic Bioinformatic Services, Inc., where he explores statistical, biological, and technical issues related to the analysis and interpretation of forensic DNA evidence.