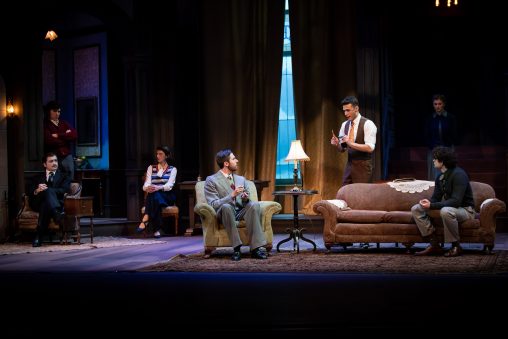 Wright State University Theatre opens its 2022–23 season with Agatha Christie’s iconic murder mystery “The Mousetrap” in the Festival Playhouse in the Creative Arts Center from Sept. 23 to Oct. 2.

Tickets are $25 for adults, $23 for seniors and $15 for students. Tickets can be purchased at the Creative Arts Center box office between noon and 4 p.m. Monday through Friday or at wrightliberalarts.universitytickets.com.

“The Mousetrap” is the first stage production of Wright State’s new School of Fine and Performing Arts and the first Agatha Christie play produced by Wright State Theatre since 1977.

Best known for her mystery novels, Christie wrote more than 20 plays. “The Mousetrap” opened in London’s West End in 1952 and is the longest-running play in western theatre history.

A classic whodunnit, “The Mousetrap” is set in an old English country home, filled with twists and turns and a surprise ending that audiences are asked not to reveal after leaving the theatre.

Guest director Jason Podplesky described “The Mousetrap” as the “stuff of legends” that sets the formula for all other murder mysteries.

“There’s something about these murder mysteries that appeals to our sense of fear. They allow us to deal with these scary things from a safe aesthetic distance,” said Podplesky, a Cincinnati-based director and actor. “‘The Mousetrap’ is really well done; it keeps you intrigued and keeps you on the edge of your seats until the very end.”