Recipients were selected from a pool of more than 116,000 Wright State alumni and are recognized for numerous accomplishments in their chosen fields. In addition to possessing high standards of integrity and character, they have given their time and talent to benefit Wright State and the Alumni Association.

The following recipients were honored: 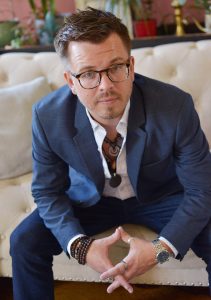 Richard Kaiser received an associate degree in business in 2008 from the Lake Campus and a bachelor’s degree in marketing from the Raj Soin College of Business in 2010.

He has worked with more than 100 organizations, from emerging businesses to Fortune 500 enterprises, from Princeton, New Jersey, to Los Angeles, California. Wilderness Agency’s focus has been on manufacturing, education, health care and government sectors, helping to identify opportunities to invest in marketing to help organizations grow.

The Dayton Business Journal recognized Wilderness Agency as a 2020 Business of the Year and included the agency on its Fast 50 in 2019 and 2020. Kaiser received the 2020 Spark Award from the Better Business Bureau for excellence in community, culture and character.

Wright State and the Boy Scouts of America have had a significant impact on Kaiser’s life and he actively gives back to each. He mentors business students through the Emerging Marketing Leaders Program offered by the Raj Soin College of Business. He also serves as the vice president of marketing for the Miami Valley Boy Scouts. 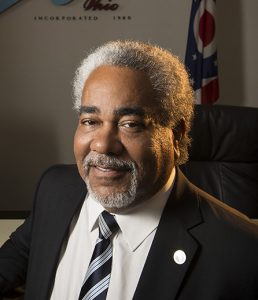 He honorably served his country in the United States Air Force and worked as a computer systems engineer in the aerospace and defense industry for more than 25 years before retiring.

He also served in public office for almost nine years as a city council member, vice mayor and mayor of the City of Beavercreek. In addition to representing the city, he supported the needs of the community and advocated for close cooperation between the civilian sector, defense industry and military communities in and around Wright-Patterson Air Force Base. 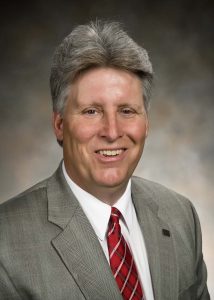 Woody Willis graduated from Wright State with a bachelor’s degree from the College of Engineering and Computer Science.

He has provided Wright State University with substantial volunteer service for many years. In 2008, Willis worked with the Wright State Alumni Association to form the Dayton Network of alumni, serving as the network’s president for four years. In 2012, he was elected to the Alumni Association’s Board of Directors, serving on many board committees and as its representative to the athletics council for three years. In 2020, he served as vice president and in 2021 as board president. He now serves as past president and as a board ambassador.

In 2011, Willis developed the Alumni Bourbon Tour. He coordinates tastings with several distilleries to provide the best experience for the more than 50 alumni who participate in the event every year. In 2014, he assumed responsibility for the annual Alumni Beer Tasting event. He conducts tasting panels to select the beers, works with distributors and the Office of Alumni Affairs to secure the beers and manages the volunteers during the event.

He has also organized several alumni outings to Cincinnati Reds games and wine and theater events that combined a wine tasting, alumni interaction and a Wright State Theatre production. For many years, he marched alongside the Wright State alumni float in the Fairborn 4th of July parade.

Woody has served the university and its alumni in other ways. Since 2010, he has served on the Department of Computer Science and Engineering advisory group, helping guide the department’s programs to meet industry needs. Throughout his career, he has also hired many Wright State student interns and graduates.

In 2016, he and his late wife, Lynn, established a scholarship to support Wright State students. The first award is expected in the fall of 2024. 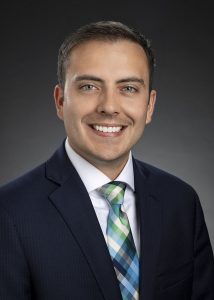 Zachary Kiehl received a bachelor’s degree and a master’s degree in biomedical engineering from Wright State.

Kiehl is the president, CEO and co-founder of Sentinel, directing the company’s efforts to protect the lives of people at risk through modern, secure and scalable technology. He is the principal engineer of Sentinel’s SafeGuard platform, which uses sensors, contextual analytics and intuitive software to monitor and optimize human health, safety and performance.

Sentinel has grown from an idea funded by the Department of Defense to a venture-backed technology company providing lifesaving interventions to its clients and high-paying jobs for Dayton residents.

Before co-founding Sentinel, Kiehl was a research engineer and lead for Aptima’s human system performance capability, which used human-centered signals to assess the state and performance of individuals working on critical tasks in complex environments. He served as lead engineer, project manager and principal investigator for multiple government programs, including hardware and software for the TALOS exoskeleton, an in-flight pilot physiological assessment system and a sleep optimization platform for U.S. Special Operations Command operators.

He is also a project management professional and has authored numerous technical publications and patents. 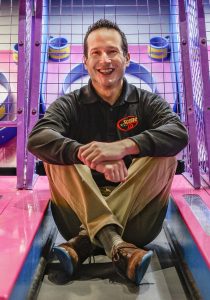 Jonah Sandler is the founder and CEO of Scene75 Entertainment. After opening its first location in 2012 in Dayton, Scene75 has grown to include entertainment centers in Cincinnati, Cleveland, Columbus and Chicago.

Sandler and Scene75 have won numerous awards, and Scene75 was named the Top Family Entertainment Center of the World in 2016 and 2021 by the International Association of Amusement Parks and Attractions.

Sandler was selected from more than 15 million small business owners to share his successful use of Facebook marketing at the 2013 Facebook Annual Global Sales Meeting. He has since served as one of 12 business owners on Facebook’s Small and Medium Business Council, advising Facebook on the development of its marketing tools.

For the past seven years, he has served on the Dean’s Corporate Advisory Board of the Raj Soin College of Business. He also serves as chair of the Student Experience Committee. Sandler has helped the college develop several programs, including Business 1000, the Professional Business Institute and Wright Venture.

He has been named to the Dayton Business Journal’s Forty under 40 list of influential business leaders and as an honorary commander of the 445th Airlift Wing of the United States Air Force. He is a chartered financial analyst charterholder and a member of the CFA Society of Dayton.

Sandler received a bachelor’s degree in business administration from Washington University in St. Louis and an MBA from the University of Chicago Booth School of Business.

Submit a nomination for the 2023 Alumni Achievement Awards

The Alumni Association is accepting nominations for the 2023 Alumni Achievement Awards. The deadline to submit nominations is Nov. 30, 2022.

There are no restrictions on the number of nominations a person may submit, and people submitting nominations do not need to be graduates of Wright State University.

Nominations will be accepted for the Distinguished Alumni Achievement Award, Alumnus/ Alumna of the Year Award, Graduate of the Last Decade Award, Volunteer Service Award and the Honorary Alumnus/ Alumna Award.

Nomination guidelines and a link to the nomination form are available at wrightstatealumni.com/events/alumni-achievement-awards.