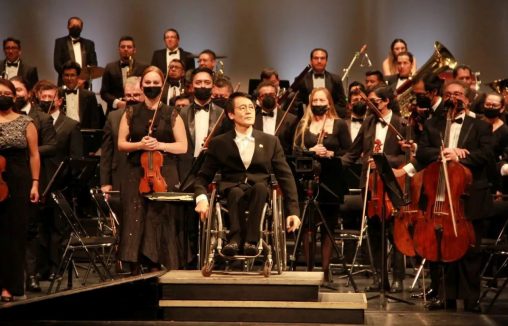 In-Hong Cha, professor of applied violin at Wright State, conducted the Ecuador National Symphony Orchestra at a concert celebrating the 60th anniversary of diplomatic relations between South Korea and Ecuador.

It has been a big year for In-Hong Cha, D.M.A., professor of applied violin at Wright State University.

Cha gained notice on an international stage in May when he was invited to conduct South Korea’s 20th Presidential Inauguration Ceremony.

In November, he won the President’s Award (Grand Award) at the 17th Korea Disabled Culture and Art Award ceremony.

In December, he conducted the Ecuador National Symphony Orchestra (Orquesta Sinfonica Nacional del Ecuador) for the celebration concert of the 60th anniversary of diplomatic relations between South Korea and Ecuador. 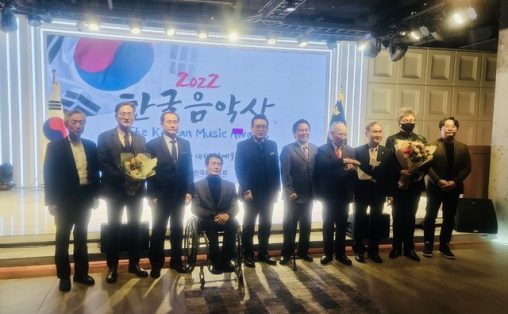 Then in January, he was further recognized in Seoul, South Korea, at the 2022 Korean Music Awards when he received the highest annual award for classical musicians at the ceremony.

Cha said he was proud and honored to conduct the diplomatic celebration for South Korea and Ecuador.

It was also a great opportunity to introduce Wright State University to the Ecuadorian orchestra members,” he said. “We ended up only having two rehearsals from a four-rehearsal plan, but the orchestra sounded wonderful and was very welcoming.”

Cha, who was disabled by polio at a young age, grew up in South Korea but did not formally begin his education until he was 24.

Through hard work and determination, he attracted the attention of the University of Cincinnati. He was invited as a student to study under the La Salle String Quartet at the College-Conservatory of Music. Cha continued his education in the United States and after achieving a Doctor of Musical Arts in Orchestral Conducting joined the music faculty at Wright State in 2000.

Among his other high-profile performances this year, Cha was a guest conductor with the Seongnam Philharmonic Orchestra and the 1200-member Myungsung Church Choir.

Previously, he won two 2018 Pepsi Music Awards in Venezuela for Best Classical Album of the Year for “Textures From The North of South” and Best Classical Artist of the Year. The album, which was recorded in 2017 in Caracas, was also nominated for the 2017 Latin Grammy Awards. 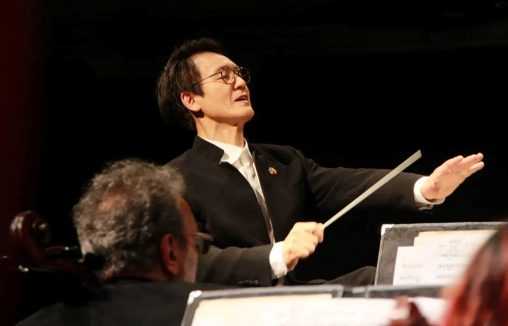 In-Hong Cha was also a guest conductor with the Seongnam Philharmonic Orchestra and the 1200-member Myungsung Church Choir.

Cha is also a gold medalist at the Asian Games for the Disabled in Japan and in wheelchair slalom at the 2008 Ohio Wheelchair Games.